It was a game not short on action as goals in the closing chapter by Paula McGrory and Caroline Gallagher saw John Doherty’s side advance.

It was a game light on chances, but there was still plenty of entertainment.

McGrory broke the deadlock when she somehow got a shot away from long-range and it deceived the unfortunate Clare Friel in the Bonagee goal.

Illies hadn’t breached the stout Bonagee defence too often, but they did it in style when Gallagher cracked home a wonderful finish from the stand side. Looping over and beyond Friel from distance, Gallagher’s effort was a magnificent effort fit to grace any stage.

It was tough luck on Bonagee who had battled well throughout, but just lacked a killer touch. 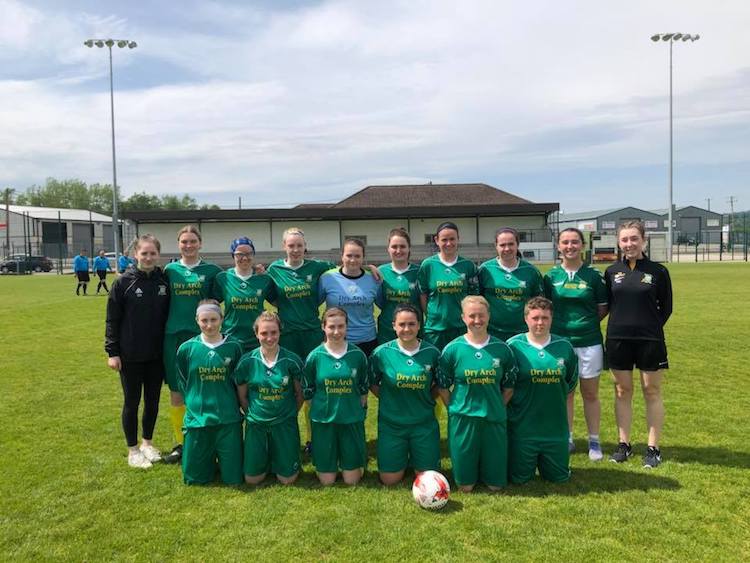 Bonagee went close in the opening minutes of the game when Julie McCloy’s cross invited a shot. With Claire Orr and Natalie McFadden closing in, it was the latter who connected, but shot wide.

Illies were restricted to efforts from distance, but one shaved the post in a real reminder of their potential. Illies won the North West Super League at a canter last season and have a ruthless streak at times.

Early in the second half, Chantelle Grant – magnificent for Bonagee in the engine room – flashed just over the top as Bonagee probed.

McGrory then looked to be on her way through for an opening goal, but a brilliant Maria Carr tackle thwarted her advances. Carr also kept Danielle Doherty at bay when she got in behind on the opposite channel.

It had the feel of a game that could have gone all the way, but Illies took the lead and soon added a second.

Bonagee forced a couple of corners late on and, from one of those, Alice Diver thundered a header just off target.