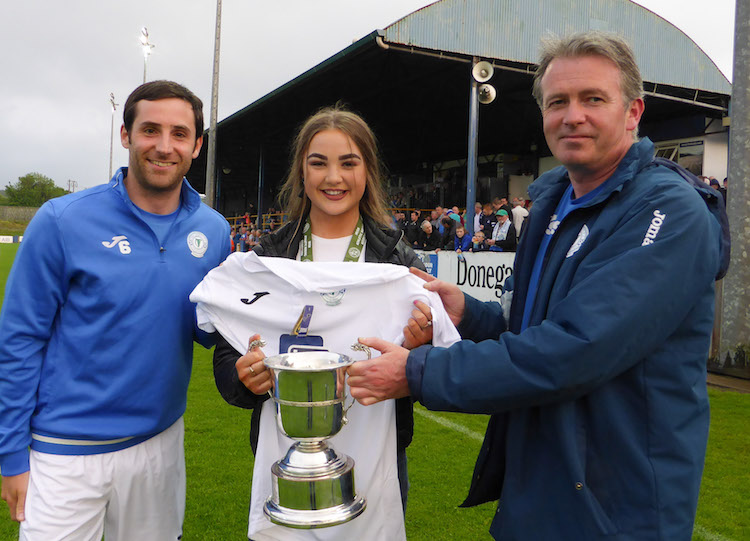 Newly-crowned Irish champion Leah Gallen was given a special welcome to Finn Park on Friday night during the Finn Harps v Athlone Town game in the First Division.

The Ballybofey teenager was introduced to the crowd at half-time, six days after winning an All-Ireland boxing title.

Gallen, who boxes for Raphoe ABC, defeated Keisha Attwell in the Girl 5 66kgs, at the National Stadium.

It was her second Irish title win having previously won in the colours of Finn Valley ABC.

Gallen was also part of the Ulster-winning Donegal Under-16 Gaelic football team.

She was presented with a Finn Harps jersey on Friday night by Harps player Gareth Harkin and Commercial Officer Aidan Campbell.