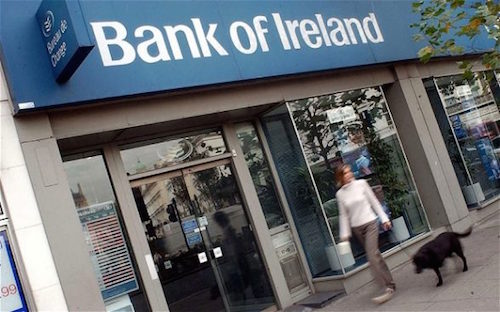 As many as 15% of Bank of Ireland customers are experiencing issues with their debit card and ATM transactions today (Thursday).

A problem has arisen this afternoon where customers’ cards have been declined in shops and ATMs, leaving them without cash or unable to complete purchases.

Bank of Ireland said they are investigating the error, but have not estimated a repair time. An update will be provided as soon as possible, a spokesperson said.

Donegal Deputy and Sinn Féin Finance spokesperson Pearse Doherty TD has said the Bank of Ireland debit card issue is only the latest issue to leave consumers without access to their own money and is completely unacceptable.

Deputy Doherty said:“Today, Irish consumers have been left high and dry by another banking failure as Bank of Ireland’s debit cards ceased working for many.

“I have heard reports of people on holiday left without cash or people missing important transactions because of this failure.

“I am angered that, fresh in the wake of the Visa system failure and Ulster Bank’s various problems, once again customers are left without access to their own money.

“When we entrust our money with the banks the least we expect is to be able to get access to it when we need it.

“The usual story is the bank apologises and nothing more is done.  We need stronger penalties and a more robust approach from the Central Bank to banks who fail their consumers to find out what happened and to be ready and willing to fine the banks for the disruption caused after swift investigations.”