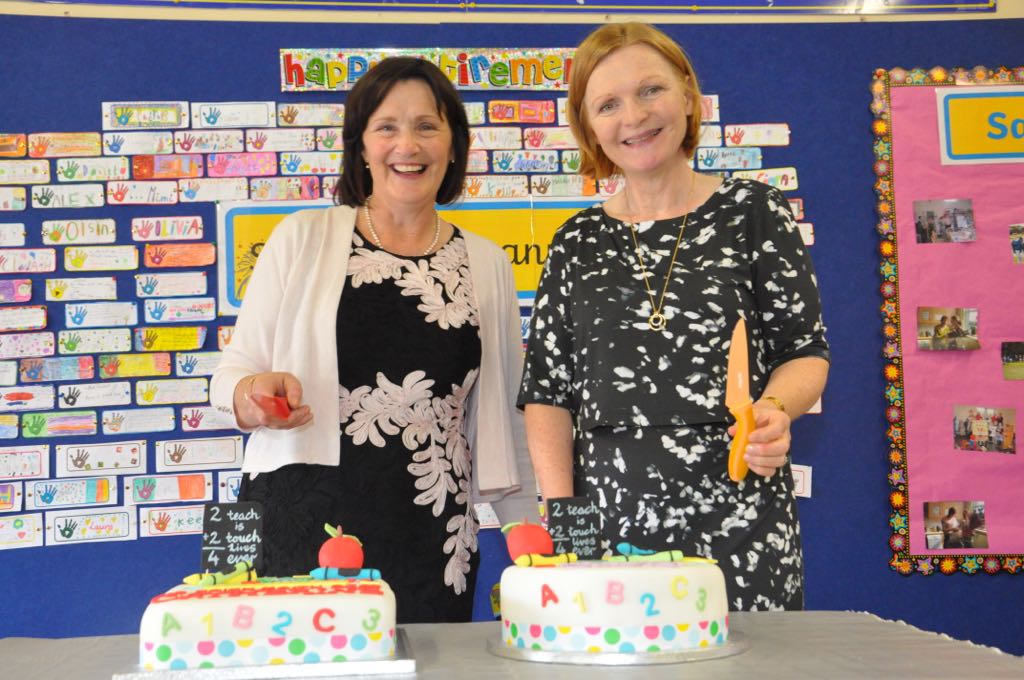 Two experienced members of the Scoil Naomh Fionan staff spent their last days teaching in the school yesterday with both Catherine McClafferty and Sadie Curran retiring.

Catherine McClafferty took over the principal role from John Connaghan eleven years ago and has been praised for her continued efforts to modernise the school and better the experience of the children. 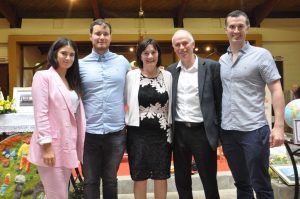 In her time as principal Catherine played an important role in the six green flags that were awarded and also played a crucial part in the school becoming the latest in Donegal to be named a ‘Digital School of Distinction’.

Sport was something that the school had achieved large amounts of success in over the years. Catherine was said to be one of the first teachers in the school to begin training teams when she started out. 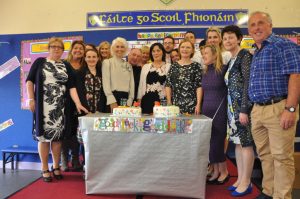 The staff of Scoil Naomh Fionan alongside Sadie and Catherine

Sadie Curran is also a keen follower of sport and she too trained many teams in the school in her years of service. Both ladies accomplished success with multiple football and athletics teams at both county and national level.

The pair are also avid quiz fans and have guided the school to many finals with a lot of knowledge guided onto the students by both Sadie and Catherine. A mass was held yesterday for their retirement with many of the staff and students of Scoil Naomh Fionan said to be teary and sad to see them leave. 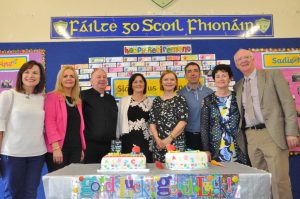 Caitríona Kelly has been appointed as the new principal of the school and she will look to build on all the good work that has been done over the past few years.