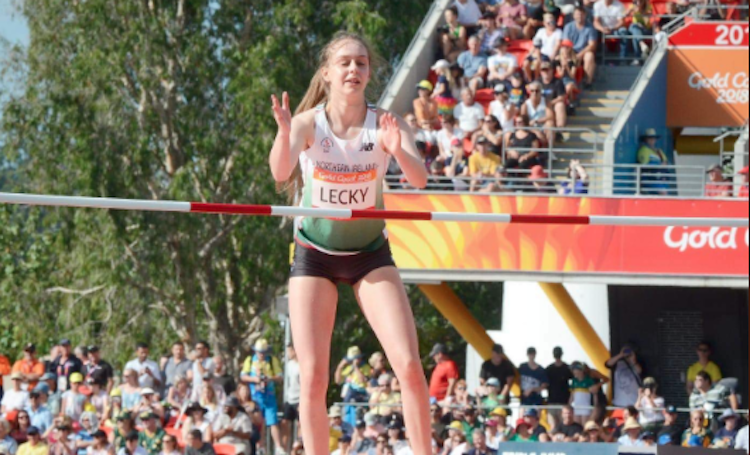 Sommer Lecky has touched down in Mannheim, Germany, with the Irish Under-20 squad for this weekend’s Bauhaus Juniors Gala.

The Finn Valley AC woman will compete in the high jump on Sunday at the Michael Hoffmann Stadium.

The 25th running of the competition is being held tomorrow and Sunday.

The Irish team is headed by European U20 100m champion Gina Akpe-Moses from Louth.

Lecky will be aiming to build on some very encouraging performances of late.

In April, Lecky finished tenth at the Commonwealth Games in Gold Coast, Australia, jumping to 1.80m at the Carrara Stadium.

In February, Lecky equalled her Irish junior high jump record when she won gold at the IFAM indoor meeting in Belgium. That evening in Ghent, Lecky repeated the 1.86m she’d recorded in January as she won the Scottish senior women’s title.