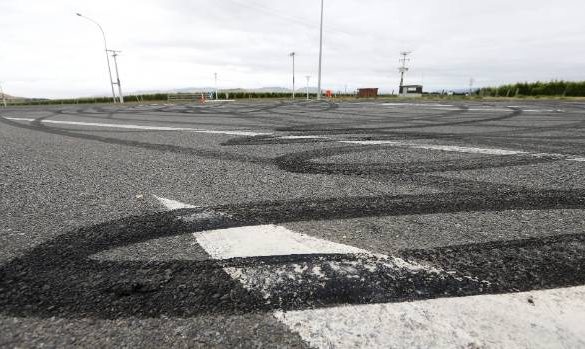 ‘Enter the rally if you want to drive like that’ – Judge

A man who performed a doughnut during the Donegal International Rally weekend told a Judge it was a moment of madness.

Haw, of Henderson Avenue, Belfast, was spotted performing the doughnut by Gardai in his Nissan car which was described as a “Japanese import.”

The 26-year-old accused man was arrested and taken to Letterkenny Garda station and later released to appear on €400 bail.

Judge Paul Kelly asked Haw what he had to say for himself and asked why he was driving in this manner?

“If you want to drive in this manner in this part of the world then you have to enter the rally,” said Judge Kelly.

Haw said it was a “moment of madness” and that this was his seventh year at the event and had never been in trouble before.

Judge Kelly said Haw had met the case fairly and reduced the charge from dangerous driving to careless driving and ordered him to pay an extra €100 to charity.

‘Enter the rally if you want to drive like that’ – Judge was last modified: July 3rd, 2018 by Stephen Maguire
Facebook0Tweet0LinkedIn0Print0
Tags:
donegaldoughnutdrivingrally