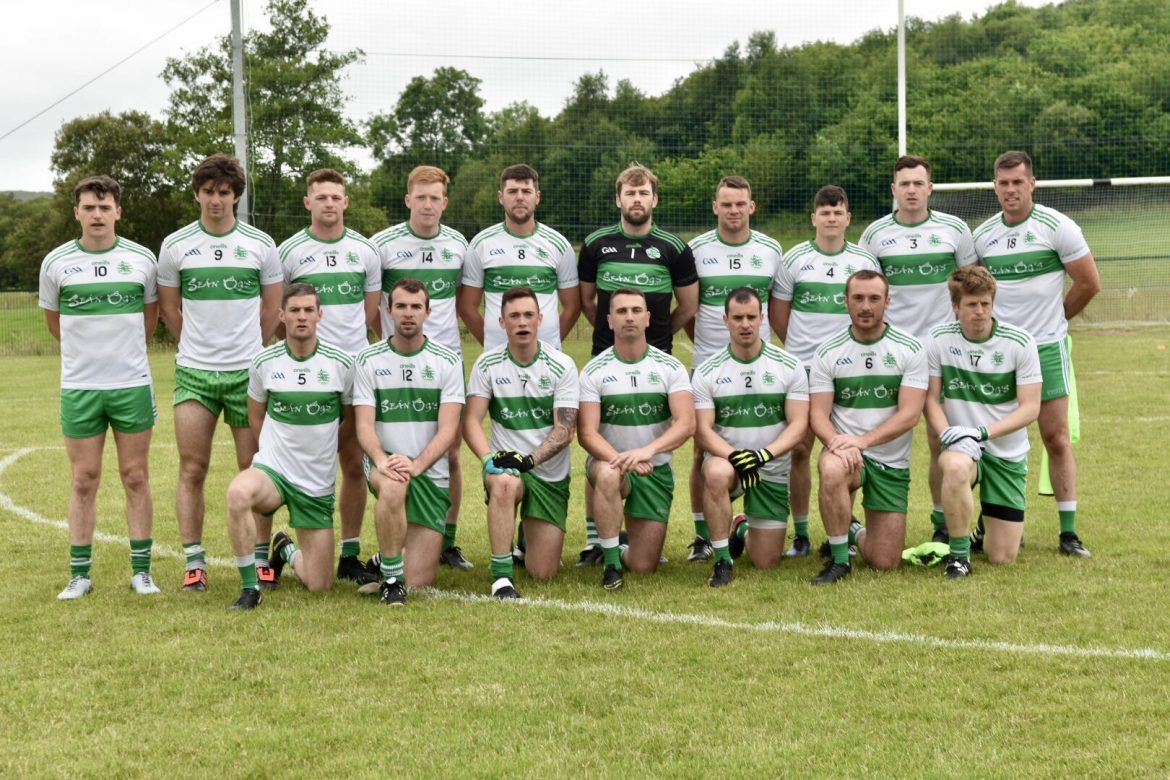 Aodh Ruadh and St Eunan’s share the spoils in Ballyshannon

AODH RUADH AND ST EUNAN’S both made it two draws in a week as they couldn’t be separated in Ballyshannon today.

The side from the banks of the Erne had been held in Glenswilly last Sunday and their guests today from Letterkenny also had to be content with a point in their last outing, in their case against Gaoth Dobhair at O’Donnell Park on Thursday.

Aodh Ruadh’s draw today was their fourth in the league this season and like the preceding three there will be ifs and buts.

In a tight first half, Diarmaid McInerney scored five points and it was goalkeeper Peter Boyle’s free that sent the hosts in ahead by 0-6 to 0-5.

For St Eunan’s, Conor Gibbons continued the fine form that saw him score 10 points against Gaoth Dobhair and Rory Carr was a welcome addition to the scoresheet with a point. It the intense heat, referee Jimmy White rightly allowed water breaks.

In the second half, Lee McMonagle scored right on his introduction and Conor O’Donnell kicked two points for St Eunan’s , while Boyle again showed his abilities from the placed ball when he kicked a 45 for Aodh Ruadh.

In the final quarter, Aodh Ruadh fashioned a fine goal that concluded with Darren Drummond shooting past Eoin O’Boyle. However, St Eunan’s had the experience of Conall Dunne to rely on and his three points having come off the bench took his side level once more.

All square at 1-7 to 0-10 and David McGurrin’s point edged the home team in front only for Gibbons to hold his nerve and claim a draw for St Eunan’s.