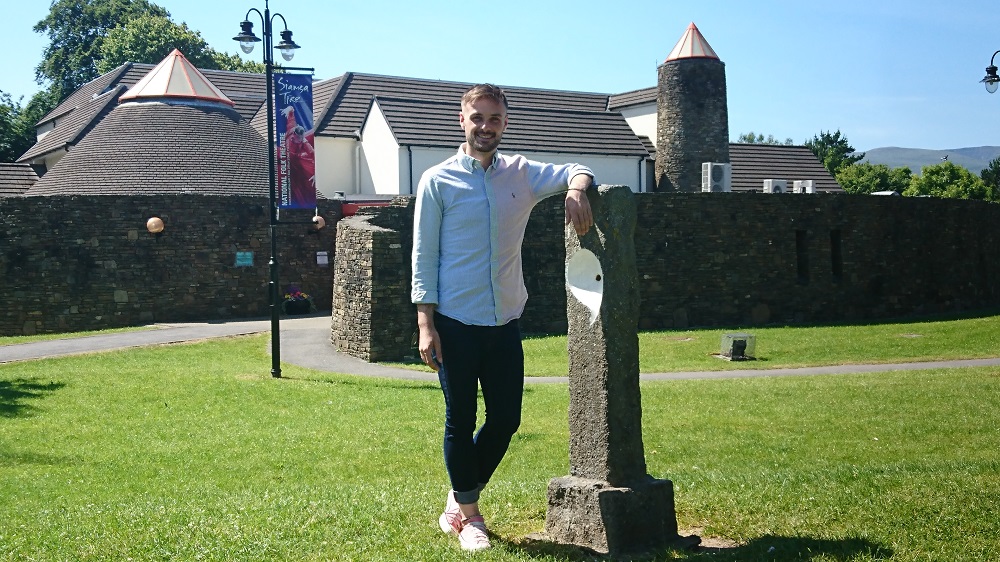 The Siamsa Tíre National Folk Theatre has today announced that Conor O’Grady has secured the summer Artist in Residence position from 25th of June to the 16th of September 2018.

This is the second such residency at the Co. Kerry arts centre and it provides a great opportunity for visual artists as they get the space and time to develop projects they are working on.

During the Residency, Conor will engage with members of the National Folk Theatre (NFT) of Ireland and a number of public engagements will be scheduled later in the summer.

Having settled in Stranorlar, Donegal in the past two years, Conor is a native of Castlebar, Co Mayo and studied arts in Dublin.

Conor works across a range of media, most often installation based. His interest in the residency was to get a wider understanding of the role and influence of folk culture in contemporary Ireland.

He will use modern visual art practices alongside research into traditional methods as a means of documenting the ways in which traditional and contemporary visual culture are used in innovative ways.

He also plans to collaborate with local artists using traditional craft and design methods or who have adapted traditional Irish crafts for contemporary consumption.

Conor O’Grady comments, “I was delighted to accept the Residency at Siamsa and very keen to get to work immediately with the National Folk Theatre team. The Residency and its location will benefit my practice as it will allow me the time and space to experiment with existing work and create new pieces.

“I am very interested in the history and legacy of Siamsa Tíre, the individuals who use the centre and those who created and maintain its role in providing visual and performing arts to Tralee and wider communities throughout the year.”

Catriona Fallon, CEO Siamsa Tíre added, “The purpose of this residency it to support a professional artist and their practice. Siamsa Tíre is acutely conscious that visual artists need space and time to create and develop new work, and we hope that this residency opportunity will allow them to do just that. We were very lucky with the inaugural residency with Karen Hendy in 2017, and are delighted that we continue to develop a relationship with Karen and her work. We feel very confident that the relationship we are building with Conor will be just as fruitful, we can tell already that it’s going to be interesting!”

Conor studied Fine Art at the National College of Art & Design from 2006 to 2009 and at the Dublin Institute of Technology from 2010 to 2013. His work has been exhibited in solo and group exhibitions, including Border Lines at the Custom House Gallery & Studios in Westport, Green Carnations at the Linenhall Arts Centre in Castlebar, and Phoenix Park Palare at the Edenmore Community Centre, Dublin.

Conor has also completed a number of public art commissions, including one in Derry (Something Happens) and at the Museum of Country Life in Mayo (On Sight). Other residencies include Krems Kunsthalle in Austria in 2017 and the Home Residency in DAS Digital Art Studios in Belfast, also in 2017.