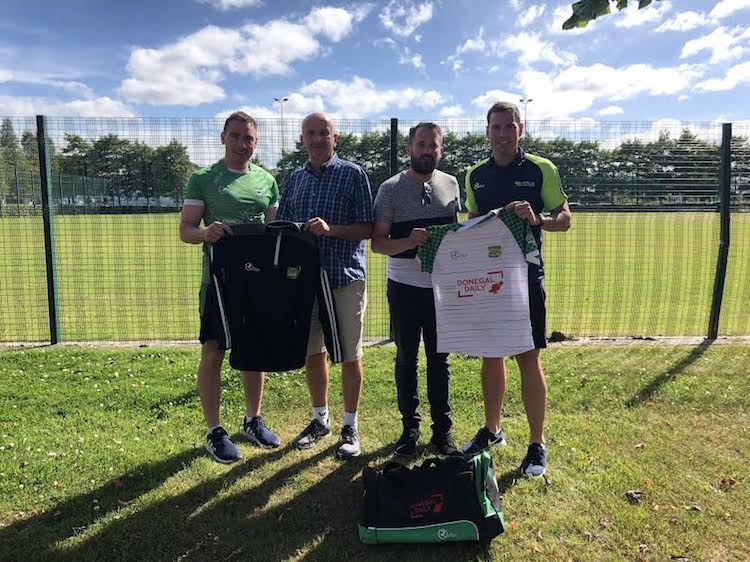 Poll: It’s time to vote for our first Sports Person of the Week, in association with O’Reilly’s

Donegal Daily/Donegal Sport Hub has a new Sports Person of the Week award, in association with O’Reilly’s sportswear  – and it’s time for you to vote for our first winner!

Cloughaneely caused a stir on Sunday when they overcame derby foes Gaoth Dobhair at Pairc Naomh Fionnan, taking a 0-11 to 2-3 win.

Gaoth Dobhair led thanks to Shaun Boyle and Seaghan Ferry goals, but Denis Boyle aided Cloughaneely and those trio of scores turned the pendulum.

Letterkenny jockey Dylan Browne-McMonagle reached his first century of winners at the weekend.

Browne-McMonagle had a four-timer at Ramelton on Saturday and passed the century mark with another four winners in Laois on Sunday.

Browne-McMonagle made it 100 winners in the One Mile Open at Shanahoe aboard the prolific Omega.

John O’Flynn might have netted the Finn Harps match winner in their 1-0 win over Drogheda United on Friday night, but Gallagher was firmly to the fore to keep a clean sheet.

Gallagher ensured that Harps were in with a chance of sneaking the winner when he made a string of saves.

Gallagher denied Sean Brennan from a free-kick before thwarting the same player again. Gallagher also blocked from Gareth McCaffrey and frustrated Mark Doyle with another brilliant save.

It all meant that Harps were unbroken when that final chance fell to O’Flynn.

St Eunan’s earned a late draw with Gaoth Dobhair on Thursday evening at O’Donnell Park when Gibbons arched over a late score from 40 metres.

There were four minutes of added time gone when Gibbons pounced to land what was his tenth point of the game.

Kerrykeel man Conor McBride was the overall winner of the event.

Poll: It’s time to vote for our first Sports Person of the Week, in association with O’Reilly’s

Poll: It’s time to vote for our first Sports Person of the Week, in association with O’Reilly’s was last modified: July 10th, 2018 by Chris McNulty