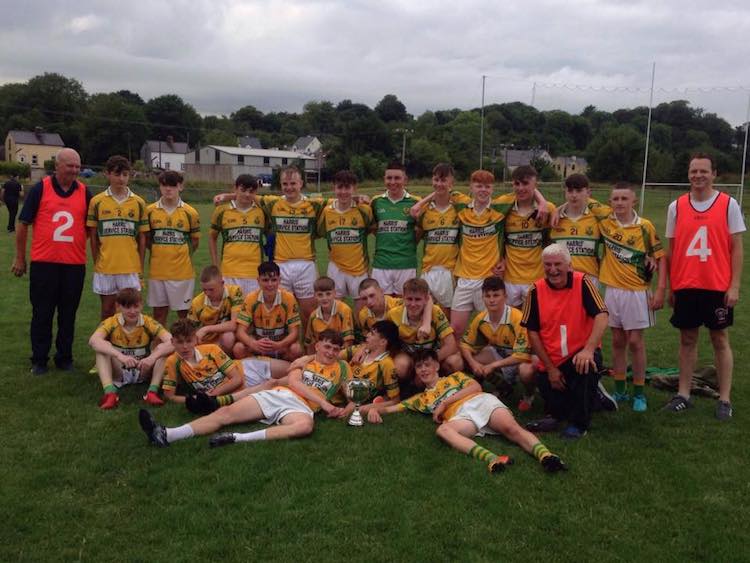 St Mary’s of Convoy were in seventh heaven in Milford yesterday evening as they overcame Downings in the U16 Division 2 Championship final.

Harris opened his account in the first five minutes with an excellent goal and late in the half McDaid clipped home his first goal.

St Mary’s led 2-1 to 0-6 at the break, but two more from McDaid and another goal, from James Toye, had them firmly in command.

Dom Potter and Kyle McFadden scored goals for Downings, but Harris completed his hat-trick in between times to seal a memorable win for St Mary’s.