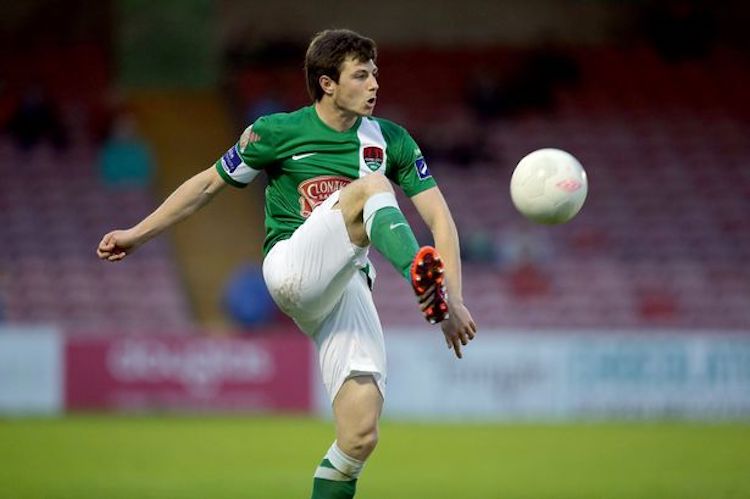 Finn Harps have signed Cork City defender John Kavanagh on loan until the end of the season.

Hot on the heels of the arrival of Niall Logue from Derry City, a move that was confirmed yesterday, Ollie Horgan has recruited Kavanagh from the Leesiders.

The defender was most recently on loan at Waterford, and he joins Harps to boost their play-off bid.

“It’s good to get John signed on loan from Cork City for the rest of the season,” Horgan said.

“Hopefully he can play a part now in keeping us in contention for a place in the promotion play-offs.

“John has been with Cork since he was a teenager and knows what is like to play at a high level in the League of Ireland.

“Hopefully that experience will have a positive impact on our squad for the upcoming games.”

Cork City boss John Caulfield said: “This is an opportunity for John to get more games under his belt. He had a good spell at Waterford after coming back from a serious injury and for him, it is about getting as many games under his belt as he can.”

Kavanagh first joined Cork City in 2011 and was part of two U19 double winning sides. He made his league debut for the Leesiders in 2013 and remained at Turners Cross until making a loan move to Cobh Ramblers in July 2017.