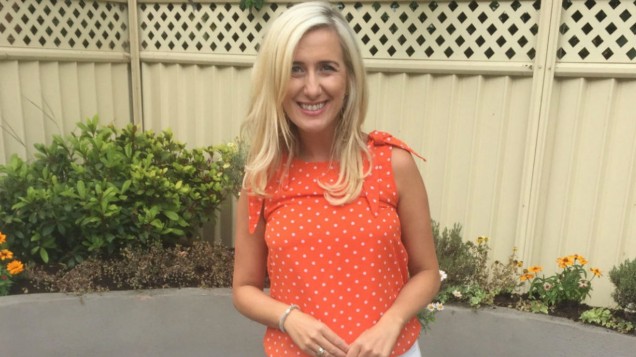 Donegal-born broadcaster Ciara Doherty has this week announced that she and her husband are expecting their first baby.

The Letterkenny native made the announcement live on air during yesterday’s Ireland AM show on TV3.

Ciara said she and her husband Richard Stearn were ‘thrilled’ and feeling ‘incredibly lucky’ to be expecting. The couple tied the knot in Barcelona in August 2017.

This has been an exciting year for Ciara as she also announced she would become the new, permanent co-host of Ireland AM.

The morning show team congratulated Ciara on the news, tweeting: “Huge congratulations to our presenter @ciarathedoc on her exciting news! Very exciting to have a little AM baby on the way!”.

Ciara and Richard expect to welcome their new arrival in the New Year.

Ciara, who is a qualified barrister, has worked in radio and television for over a decade. She worked in ITV in London before moving home to work on national radio.

Since moving from Newstalk Breakfast to TV3 she has become a popular presenter on Ireland AM, brightening the mornings of many through in-depth interviews and light-hearted lifestyle features.