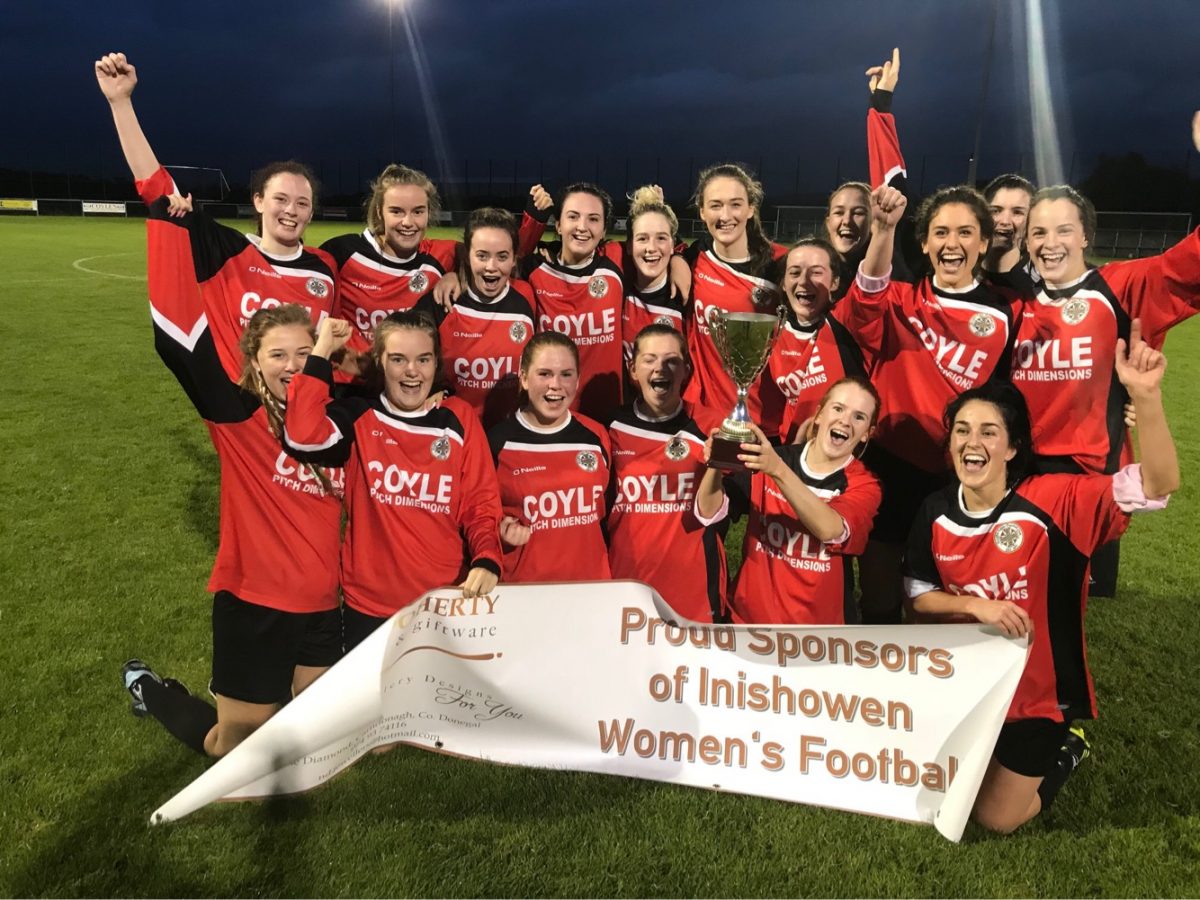 McGrory and Kirsty Downey netted the second half goals as Illies retained their title.

McGory has been the big difference for Illies this season and it was the ace striker who broke the deadlock with the 50th minute opener that broke both the resistance and hearts of Bonagee United in a competitive tussle at Dry Arch Park last night.

“We have to hand it to Paula – she makes the difference when she’s out there,” Doherty said.

“If she gets half a chance, she puts them away. She’s a massive help to us.”

Illies strolled to the title last season, but a four-way race this year made for intriguing fair heading into the final two games of the season.

Doherty added: “Bonagee are a good side and we knew they’d put it up to us.

“We went through the League undefeated last year and conceded just one goal. It’s different this year and teams have stepped up to the mark.”