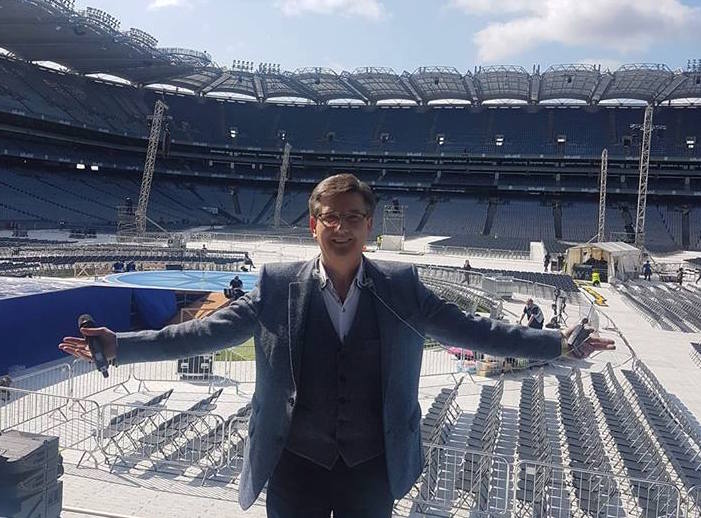 Daniel reveals his delight for playing for Donegal at Croke Park!

Daniel O’Donnell has revealed that playing for Pope Francis at Croke Park is as close as he’s going to get to playing GAA for his beloved Donegal.

Speaking before taking to the stage in front of 80,000 people, Daniel said he was honoured to be playing for the pontiff.

The singer said “Croke Park is a mecca for hurling and football in Ireland.

“I never got to play any football with Donegal so this is as near as I’m going to get to play football for Donegal at Croke Park.

“It’s incredible to be involved and I’m very honoured to be asked to do this show in the presence of Pope Francis,” he said.

Daniel played alongside a host of other artists including the Riverdance group, Andrea Bocelli and Nathan Carter.

Daniel received an amazing response when he sang ‘Let Your Love Flow.’

Daniel reveals his delight for playing for Donegal at Croke Park! was last modified: August 28th, 2018 by Stephen Maguire
Facebook0Tweet0LinkedIn0Print0