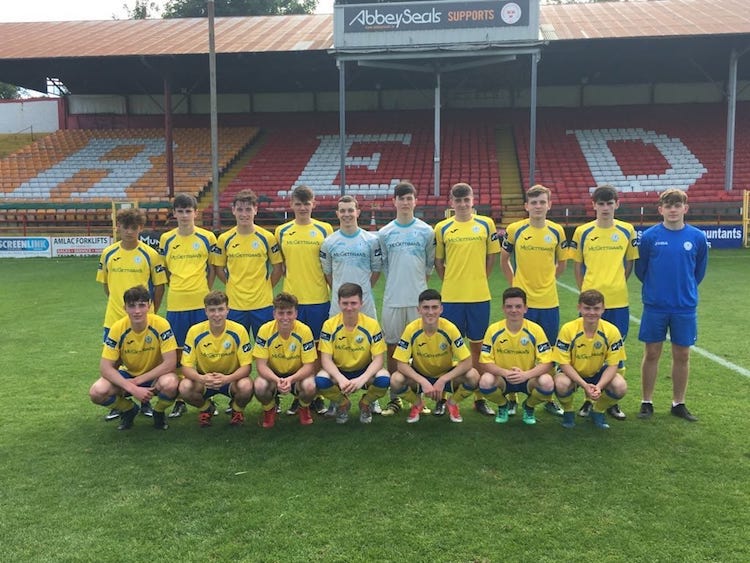 The Finn Harps U17s squad are getting for the biggest match of their young careers in Saturday evening’s Mark Farren Cup Final in Ballybofey (kick-off 5pm).

Cork City will provide the opposition for Declan Boyle’s Harps in what is set to be a really intriguing clash.

Harps continue to impress in the Northern section of the League and currently occupy second place.

A place in the end of season playoffs is now guaranteed.

The Cork U17s qualified for the decider having beaten Cabinteely in the semi-final. Before that the Leesiders had saw off the challenges of Galway United, Kerry FC and Cobh Ramblers. Cork are currently seventh in a very closely fought Southern section of the U17 league and a play-off place is still a possibility.

Boyle has appealed to Harps supporters to come out in big numbers.

“It is fantastic that we will be hosting a national final at Finn Park so hopefully the local football community will come along and help make it a great occasion,” Boyle said.

“Both teams have put in a huge effort to get to the final and are more than capable of putting on a match which will be a fitting tribute to the football legend that was Mark Farren.”

Extra-time and penalties are on standby if necessary to decide the outcome.

Route to the final: