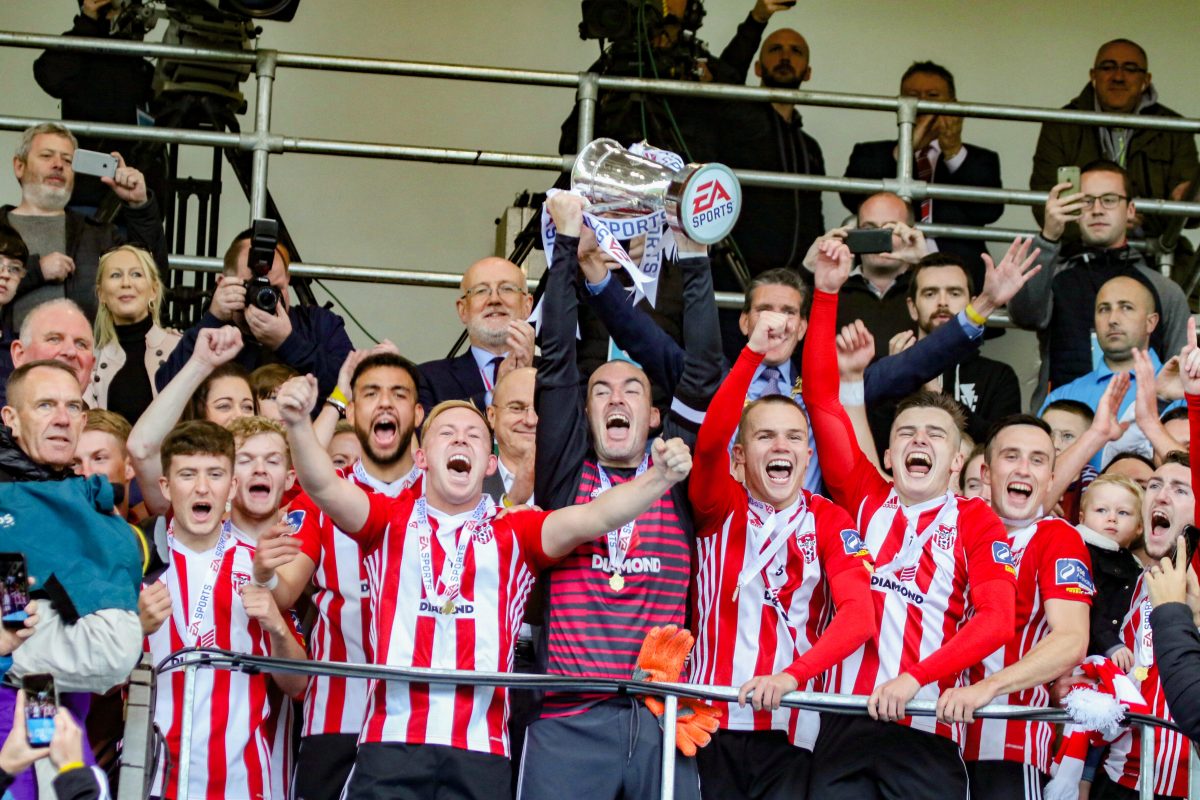 Donegal boys Adrian Delap and Shane McNamee both came on as substitutes in Derry City’s 3-1 victory at the Brandywell against Cobh Ramblers.

The Ray and Ramelton born footballers, who are both 20-years-old, came on to help the Candy Stripes secure their first trophy in six years and there 11th EA Sports League Cup.

It is the Donegal pairs first taste of success in the famous Red and White jersey and Aidy Delap spoke of his delight after the final whistle.

“It is crazy, I am absolutely delighted, whenever you see all the fans on the pitch running around it’s an unreal feeling,” he said.

Aidy Delap was granted 15 minutes by Kenny Shiels, while Shane McNamee made a late appearance with only minutes left.

“Whenever it’s a cup final you are trying to put yourself in the managers head to come on at some stage because you don’t get that many cup finals in your career, but hopefully I can have a few more days like this.”

“It’s a good achievement for all the boys (winning a cup) and hopefully now against Bohemians on Wednesday night (in the FAI Cup quarter-final) we can put in another good performance and get another good crowd out like we did today, Derry City should be winning trophies so it’s a great day for the club and the supporters.”