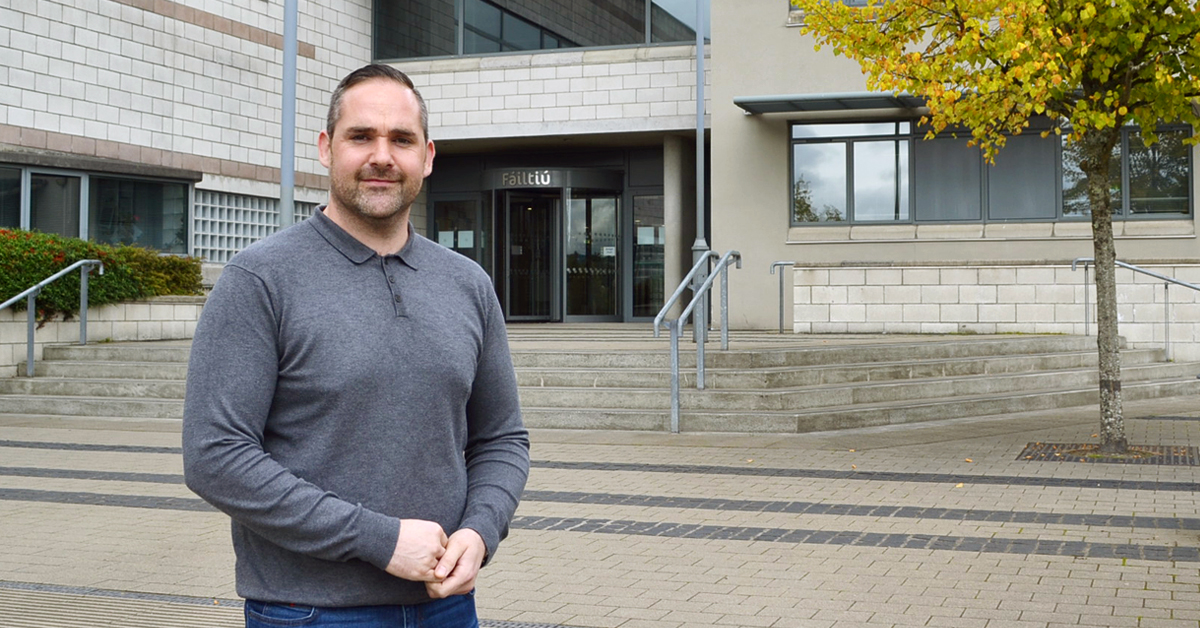 Donegal painter brushes up on business at LYIT

Ballyshannon painting contractor Donald Hannigan has taken on new challenges in education since finding the perfect course at Letterkenny Institute of Technology.

Now studying for a Masters, Donald’s first step into third level education began with an Honours Business degree with a difference.

LYIT have a unique degree programme for mature learners that is part-time and specifically adapted for people who are returning to education after many years.

Donald had worked for his father’s painting and decorating company from the age of 19. Times were good during the construction boom, so he put off his desire to get a degree.

“We had 8 mighty years, and then the recession hit. Literally overnight everything changed,” Donald said.

Donald took over the family business in 2010 and, being self-employed, decided it was the right time to go back to education. The Lifelong Learning route at LYIT seemed like the perfect alternative to traditional full-time courses.

“The part-time layout suited me because I could still run the business during the day,” Donald said. 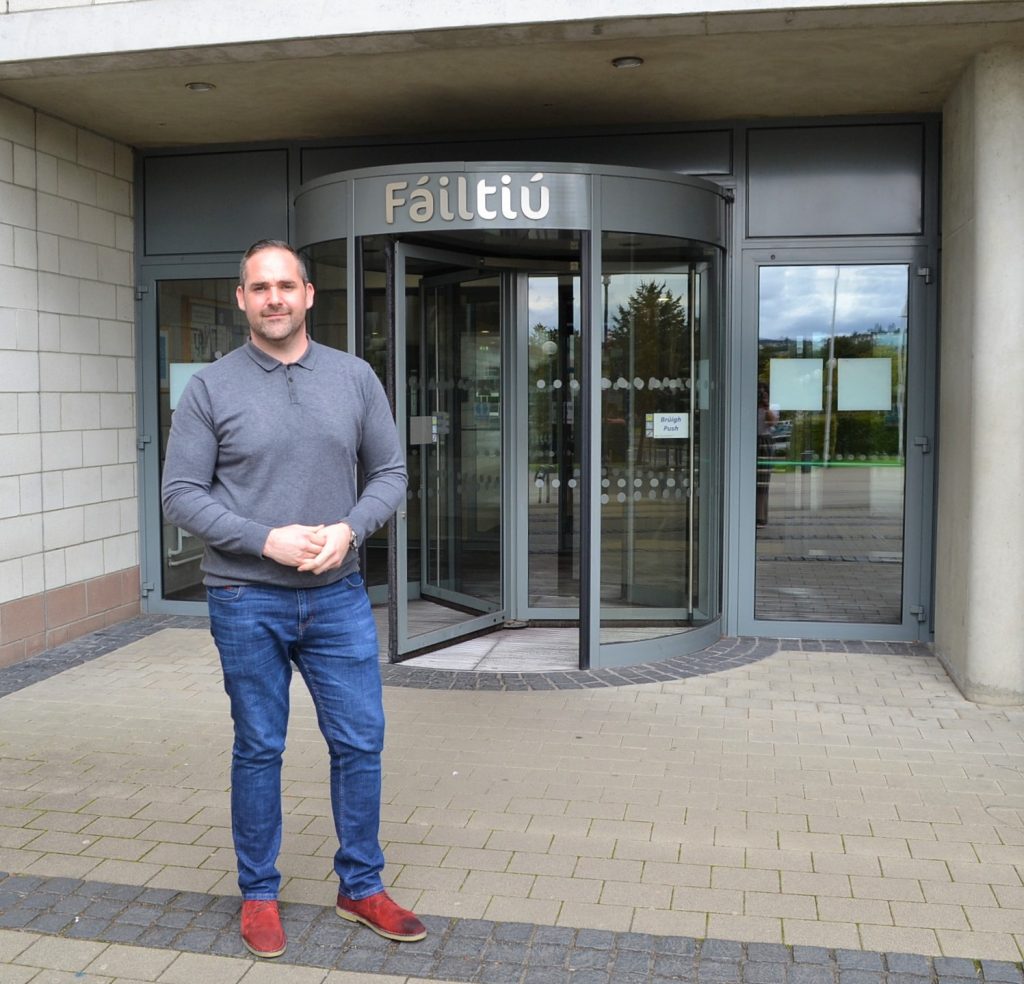 The three and a half year degree was taught on two evenings per week, covering modules in IT, Accounting, Marketing, Economics, Management, Law, and more.

“I had an idea of business from school and working in the family business. I knew that anything I learned in the degree I could apply back to the business,” Donald said.

“It was definitely intense in that I was out of the education system for 14 years. But I went in with a very open mind and I worked hard at every direction I was given.”

With induction sessions and introductory lectures, the part-time class got a good grasp of the college learning process and the online learning support facility.

Donald managed the workload by knuckling down to study at the weekends and evenings. He enjoyed the theory, practical and group learning and applied the work-based learning to his own business to analyse and reflect on his tactics.

“When you’re self-employed, you can make things work for you,” he said.

Along with in-depth learning across different module, Donald counts self-development as a key element of the degree.

He said: “I felt a bit inferior at the start because everyone else came from a background of office jobs and business and I was working in manual labour all my life. That couldn’t be further from the truth, I was just the same as the rest in every way. You have to start somewhere.

“The lecturers from the off were fantastic.

“I have the confidence now to stand up and make a presentation. It develops you so much in your own personal skills.

“Not only has it developed me as a person, in that it’s given me the courage to go on and do the Masters, I think it’s great for anybody that is looking for a degree that you can bring to any business. The knowledge you get from it is fantastic.”

Graduating was a fantastic feeling, he recalled. Achieving the Honours degree gave him the inspiration to not stop at an undergrad level.

Donald then decided to progress onto a Masters course a year after he and his wife welcomed their first-born. He hopes to eventually change his career following the MBS in Leadership and Innovation in LYIT. 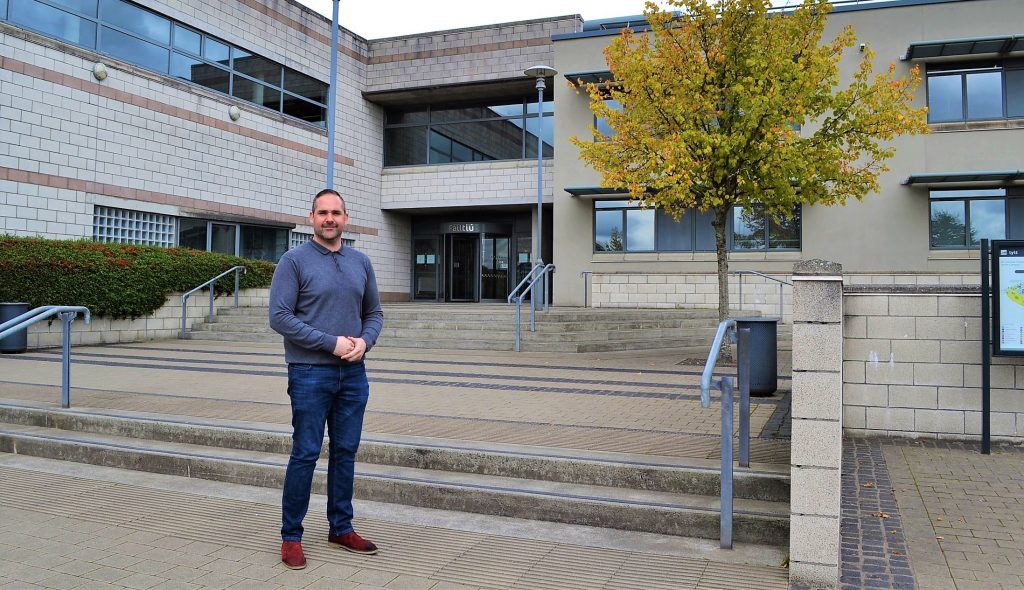 Donald won’t be stopping the painting-decorating business completely, but plans to go into something that challenges him more.

He is keen to recommend the part-time Business Degree to other people who want to upskill/reskill as a mature learner.

Donald said: “I have recommended this course to so many people, some of whom have applied and are getting on great.

“The hardest step is going in the first night. Once you go in, the lecturers put you at ease straight away. They can’t do enough for you. Their message is that there is hard work to be done, but it’s doable. Once I did the work it all paid off.

“If it’s something you want to do, do it. Take the first step and apply. It doesn’t matter that you haven’t been at school in a number of years, I wasn’t at school in 14 years before I did it. As long as you’re willing to work hard and be open-minded, you’ll get on great.”

If you wish to apply for the Business (Hons) Part-time Degree , visit https://www.lyit.ie/CourseDetails/D401/LY_BBSLL_B/Business(Hons)%E2%80%93LifelongLearning) for further information.