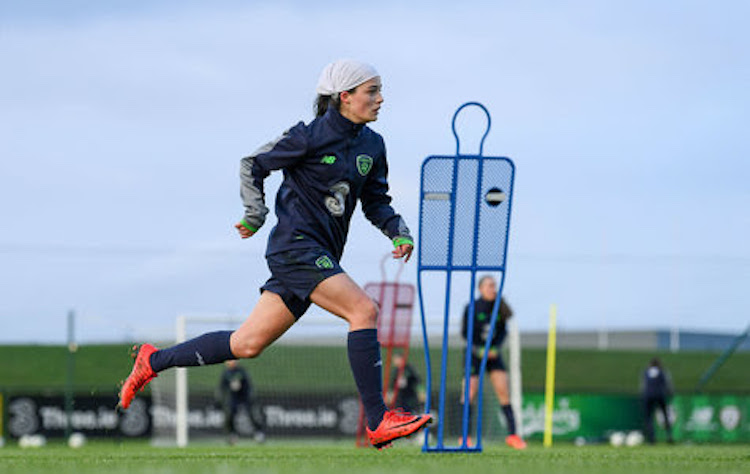 Amy Boyle-Carr named in Irish U19 squad for European qualifiers

Amy Boyle-Carr is named on the 20-player Republic of Ireland Women’s Under-19 squad that will compete at the UEFA European Championships Qualifying Round in Lithuania.

The WU19 squad are set to head to Lithuania on Sunday, September 30 as they face the host nation, the Faroe Islands and Ukraine in the Qualifying Round for next summer’s European Championships in Scotland.

Dave Connell’s side are set for their first fixture on Tuesday, October 2 against Lithuania before they face the Faroe Islands on Friday, October 5 and Ukraine on Monday, October 8.

Boyle-Carr, who played for Sion Swifts, made her senior debut during the 2019 World Cup qualifiers and returns to give the U19s a boost.

“We’re really looking forward to the games and should provide a really difficult test for us as we look to qualify for the Elite Round,” said Connell.

“We’ve looked at the teams and they’ve all made progress over the last year or so, so there will be no easy games and it’s important we’re at our very best from the first minute of the first game.

“We’ve got some fantastic experience in the squad with the likes of Heather Payne, Amy Boyle-Carr and Isabel Atkinson all capped at senior level but they’ve got to make sure they apply themselves in the same way at this level.

“We’re delighted to welcome Tiegan Ruddy back into the squad after her recent move to America and I’m really looking forward to working with the squad over the next three matches.”