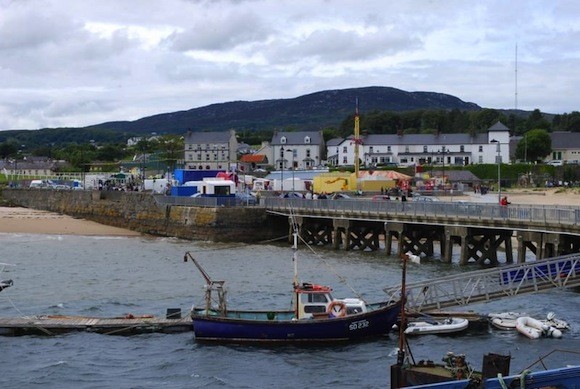 A community spent a week searching for a reclusive man after a bike was found on the outskirts of a Co Donegal village.

An inquest into the death of James ‘Philemy’ Boyle heard how dozens of locals as well as Donegal Mountain Rescue, Gardai and the Coastguard combed several miles looking for the 73-year-old.

Philemy, who was originally from Scotland, had made his home to Oughterlin in Rathmullan many years ago and was well-known in the community.

He was last seen pushing his bicycle on the night of November 7th, 2016.

However, it was not until November 20th that a local woman reported an abandoned bicycle which had been at a wall for the previous two weeks.

Garda Enda Jennings made several enquiries but could not find the owner of the bike.

However, it was not until landowner Samuel Dill reported his neighbour Mr Boyle missing that Gardai made the connection.

A huge search was launched in a bid to find Mr Boyle.

Local man David Borland told the inquest that he had chatted with Philemy around 7pm on November 7th, 2016.

The pair chatted about football and Mr Boyle called Mr Borlan ‘Liverpool’ because he supported the football team.

As he pushed his bike up the road, Philemy said to Mr Boyle “I’m not done yet Liverpool.”

Another witness, Michael Friel said he came across a man walking on the road between 9pm and 10pm and noticed that the backside of his coat was wet.

He noticed the man was Philemy and he asked him if he needed a lift but he replied he was wet and was not getting into the car.

On December 10th local man Daniel Canning went out to take part in the search.

Mr Canning said he used to shoot in the area and decided to search in some forestry.

At about 11.45am he came across a body in a hallowed area in the forest which turned out to be that of the missing man.

He blessed himself, said some prayers and then asked for local Garda Enda Jennings whom he had known.

The body was lying face-up, was fully-clothed apart from footwear and there was congealed blood in the man’s ear.

When questioned by coroner Dr Denis McCauley, Mr Canning said he felt that Mr Boyle had decided to take a diagonal route to his house across fields and forestry from the roadway.

The pathologist’s report on Mr Boyle’s remains showed he had a back injury and also had heart disease and had most likely had a heart attack and died in the forest.

In line with those findings, he said Mr Boyle died as a result of natural causes.

Coroner Dr McCauley paid tribute to the emergency services for all their work and especially to the community of Rathmullan in their efforts to find Mr Boyle.