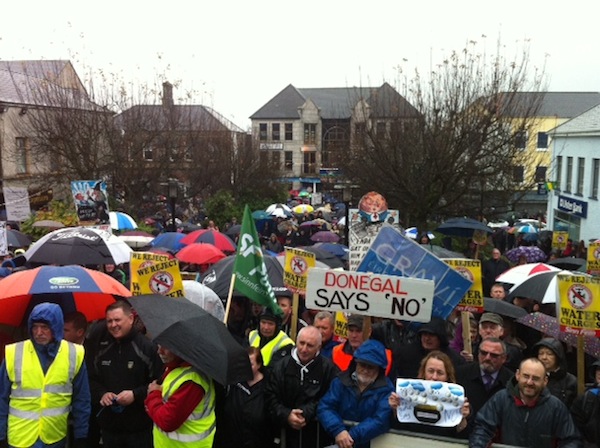 Potential problems from a change of water supply to Letterkenny could spark protests in South Inishowen, according to county councillor Paul Canning.

Irish Water’s decision to supply water to Letterkenny from the Eddie Fullerton Dam in Inishowen has come under criticism again this week due to its impact on South Inishowen.

Cllr Paul Canning said upgrades to pipework in South Inishowen, where bursts are frequently reported, are necessary before Irish Water can bring supplies to Letterkenny.

Cllr Canning also speculated that the poor infrastructure in the area will give rise to bursts and failures when it is directed to the Letterkenny supply.

He expressed his frustrated at the lack of answers provided from Irish Water and predicted that public frustrations could escalate if works go ahead and reservoirs are placed in Burt and Manorcunningham.

“Two thirds of Inishowen are without the proper infrastructure,” Cllr Canning said.

“The day of the protest is going to come back. It’s going to happen out at Manor Motors. A gathering of people is going to stop what’s going on on the main road from Letterkenny to Derry.”

Cllr Canning’s motion was passed at the September sitting of the Donegal County Council and forwarded to Irish Water.