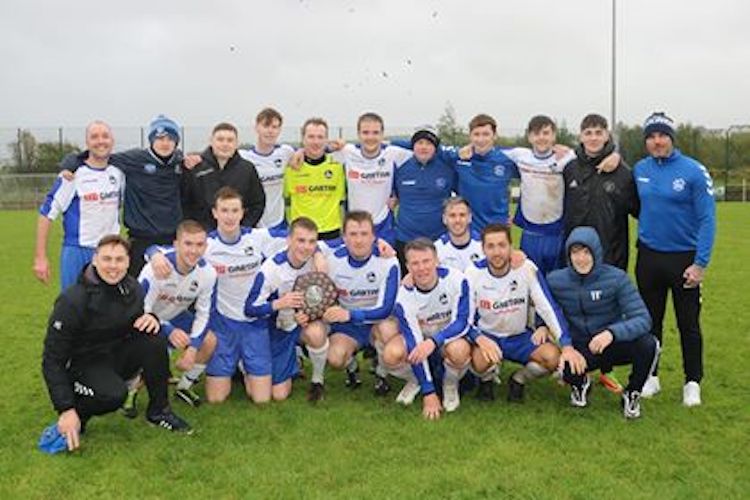 Milford came close to opening the scoring on 15 minutes when the ball broke loose in the box from a corner, Eamon Cannon cleared the ball of the line.

Joey Cullen saw his strike on 25 minutes from the edge of the box just go wide of the post.

Taylor Russell for the home team saw his shot on goal from just outside the box go over the bar on 48 minutes.

The home team were reduced to ten men when Glen Rainey was sent off for a second yellow card.

Kyle Black should have put the visitors ahead on 55 minutes when he shot over from six yards.

Carr again made two great saves from Garry Merritt on 67 and Chris Dillon on 70 both from strikes just inside the box.

The home team had half chances through McMonagle and Cannon but McGettigan in the visitors’ goal coped well with their strikes.

Terence Shields saw his header from six yards headed off the line by Glen Gallagher on 85 minutes.

Bonagee should have taken the lead two minutes into extra time when Kevin Kelly’s shot from the edge of the box went just wide of the post.

Two minutes later Shane Kelly was put clear and his shot from 15 yards was saved by McGettigan.

Milford had a number of strikes on goal from Darragh Black, Shields and Gary Merritt but Carr in the home goal was in outstanding form.

Man of the match was home ‘keeper John Carr.