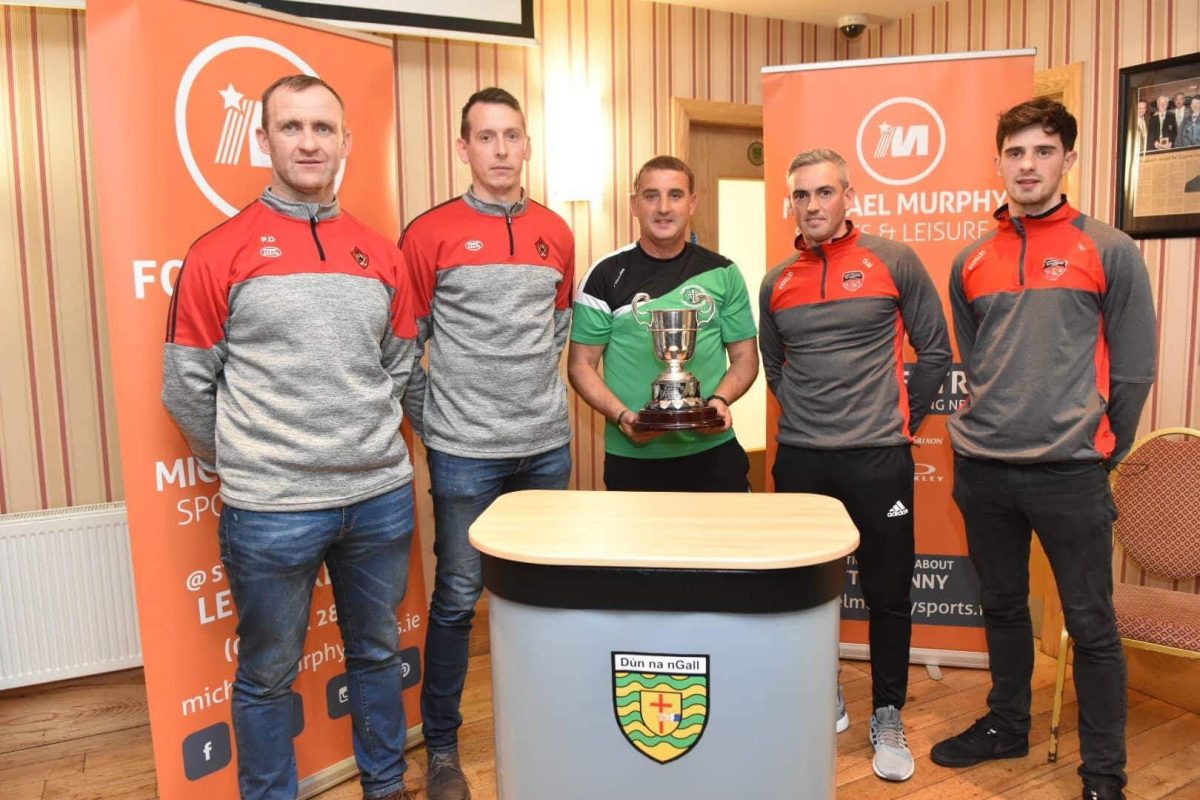 Although Urris’ promotion hopes faded just when they looked as if they were bound for Division 3, the Straid men always believed they could give the Junior Championship a whirl.

That they’d pushed Naomh Colmcille – last year’s Ulster Junior champions – close to the second promotion berth from Division 4 perhaps was an indicator of what was possible.

“We know we have the work done and have the fitness from pre-season, plus we have a good squad there anyway,” says Kieran Kelly.

“Getting out of Division 4 was the big aim for us. We knew we had the panel to do that. Naomh Colmcille beat us, but we were confident that we still had the players to push on.

“We had men coming back from Boston and even now we have a strong bench, which you need.”

Dean Kelly and Alan Friel, for instance, hadn’t played much in the League, but have been added to bolster the ranks ahead of the Championship.

Red Hughs, their opponents for Saturday’s final, have been in Division 3 in 2018, and are the favourites for the title.

Kieran Kelly says: “We’re happy enough to go in as the underdogs here. We’ve had a lot of players back and every man is putting the effort in now.”

Urris showed their battling qualities to defeat Inishowen rivals Moville in their opening Championship game, but they were caught by Na Rossa in Dooey and the doubts began to rise.

A draw against Letterkenny Gaels made sure of the passage and wins over Muff and Convoy have them back in the final.

“We’ve showed now in the latter stages that we can grind out wins,” Peter Devlin says.

“We’ve showed that the attitude and the fitness are there. We didn’t play well against Na Rossa, but we came back against Letterkenny Gaels with a goal late on in injury time. We’ve been under pressure and managed to come out the right side of it. The hard work has got us here.”