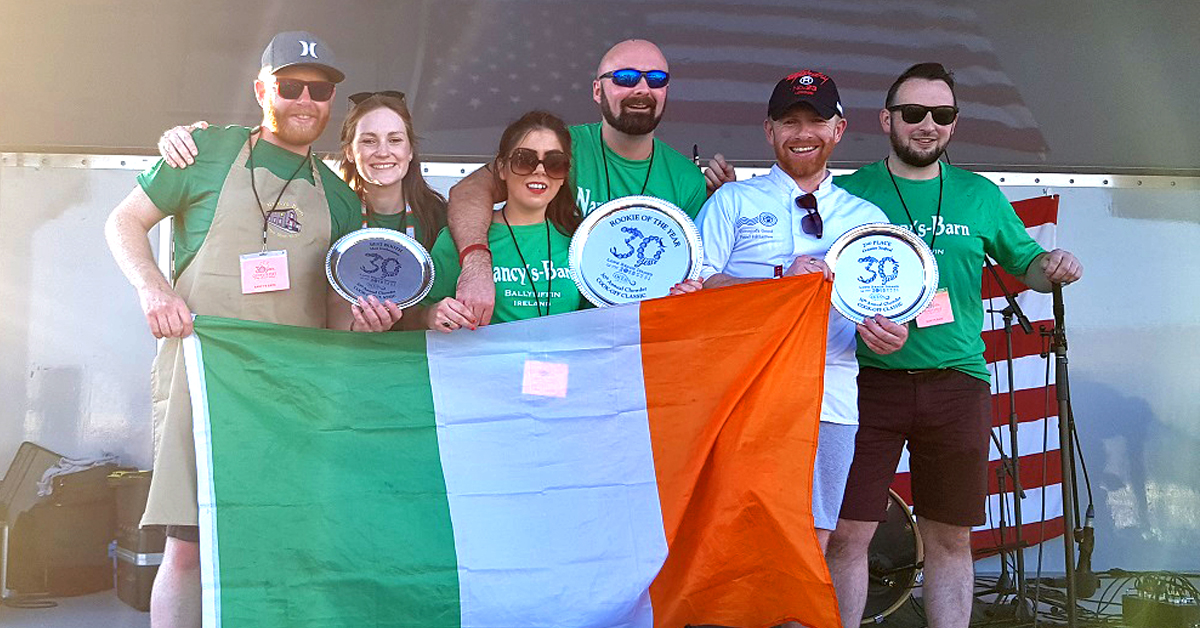 World chowder champion Chef Kieran Duey and his team at Nancy’s Barn have cooked up success at another USA competition.

The Ballyliffin restaurant team won a healthy portion of awards at the Great Chowder Cook Off in New Jersey in September. They were the first ever overseas visitors to the event, and pulled out all the stops to impress the 13,000 chowderfans.

Kieran (Duey) Doherty cooked up 250 gallons of famous chowder, which won the World Chowder Cook-Off in Rhode Island in 2017. The seafood dish was accompanied by over 1,000 individual seaweed and cracked black pepper soda breads hand-made by Edel Duey, Kieran’s sister.

Cheers rose from the crowd when the results were announced and Nancy’s Barn picked up four awards: 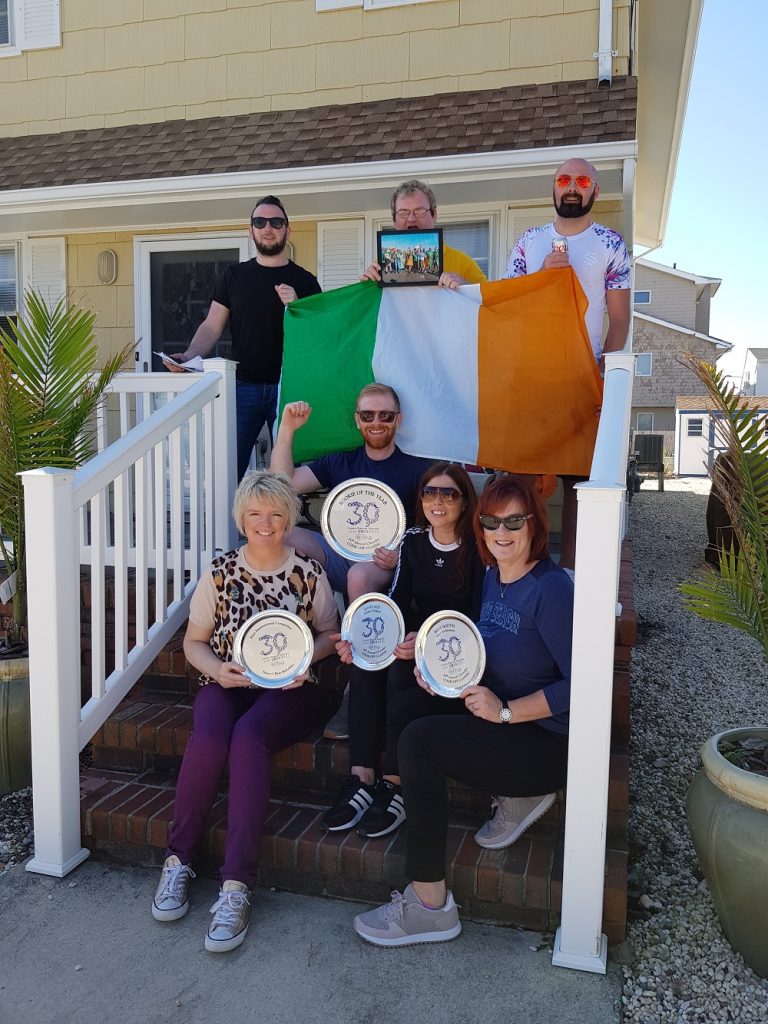 Nancy’s Barn attended the contest on the back of a VIP invitation from Southern Ocean County Chamber of Commerce, New Jersey, Long Beach Island (LBI).

A total of 3,162 miles was clocked up by a core Nancy’s Barn team, while the rest of the crew remained at home and kept the home fires burning in Ballyliffin.

Kieran’s brother, Sean, travelled all the way from Sydney, Australia with his partner, Emily Kenny to bolster the effort for the week. Another capable crew member who arrived following a seven-hour bus journey to New Jersey was Kieran’s cousin, Diarmuid “Murphy” Moyne. 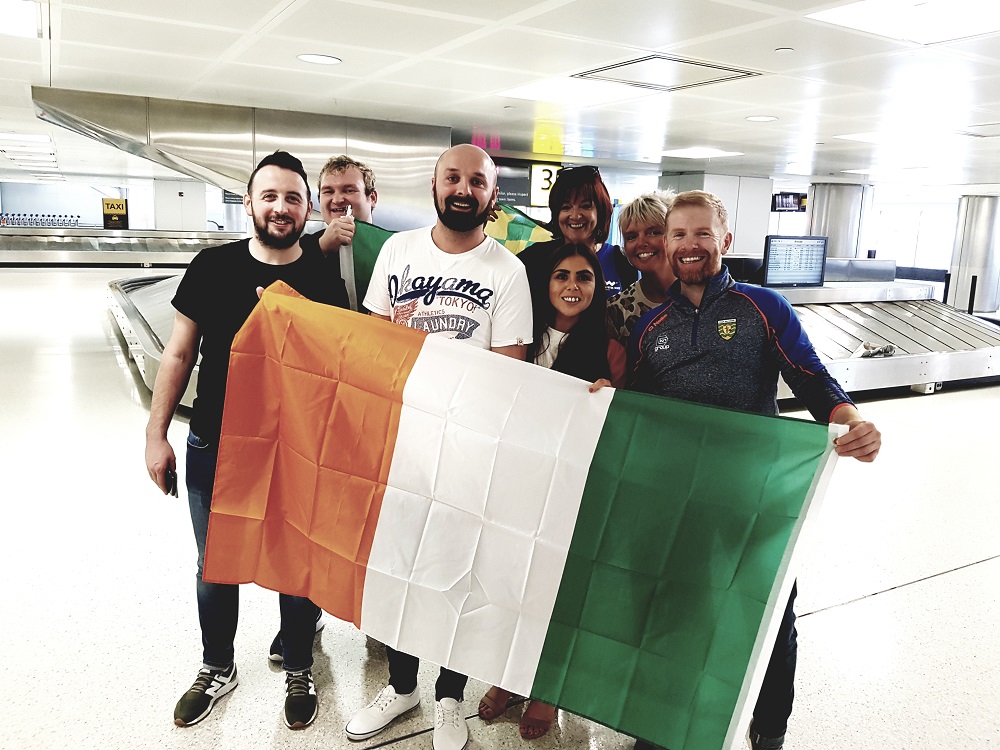 In addition, the team were delighted to welcome Terry and Joe McCloskey from Philadelphia, who were the first ever customers to walk into Nancy’s Barn when it opened in 2010.

A host of VIP guests were first to sample the delicious Nancy’s Barn chowder and the team met Tony Luke Jr, actor, restaurateur and founder of the famous Philly Cheese Steak.  He gave Nancy’s Barn his number one vote and promised to visit Ballyliffin in Spring 2019.

The team also took the opportunity to hand out loyalty cards and copies of the Ballyliffin and Clonmany Tourism brochure to visitors, many of whom left with a promise to pay a visit to this part of Ireland within the next year.

Kieran and his Nancy’s Barn team have worked tirelessly to promote their independent Irish business and Irish tourism on a global stage and are proud to have enjoyed much success. They pointed out that the success has all been achieved without local government funding.

Kieran said that he would love to encourage more investment into the promotion of local tourism particularly.

He said: “We plan to make a return journey to the States for a third year and would invite Fáilte Ireland and others to use the event to showcase Irish tourism and the Irish food industry by tapping into an enormous eager audience just waiting to be invited to visit here.” 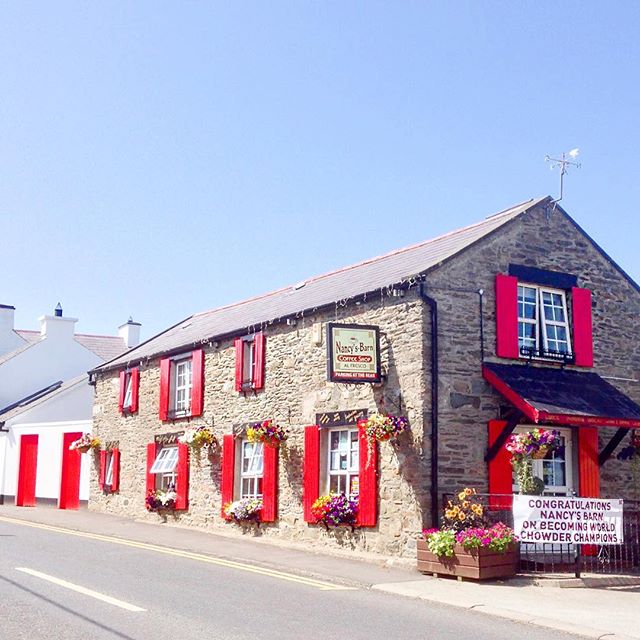 Following their international adventures, the Nancy’s Barn team didn’t have time to let their feet touch the ground back in Donegal as they were invited to the Yes Chef Awards 2019 ceremony in Sligo.

Winning the “Café of the Year 2019” award has certainly been the icing on the cake in the Nancy’s Barn success story this year. 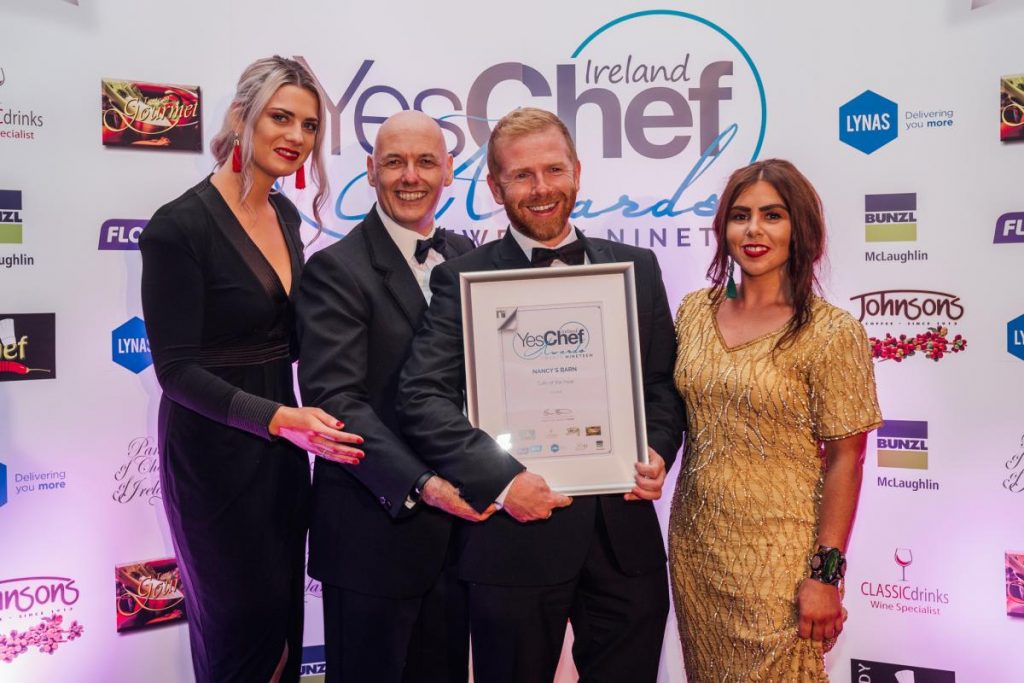 Kieran is elated to add this additional award to his already burgeoning collection and wants to thank “all those who have been involved in the achievements of the past few years.

“These include my dedicated team, without them none of this would be possible; the amazing support of locals and visitors to Nancy’s Barn, the excellence of local produce suppliers, Ballyliffin and Clonmany Tourism and all my brilliantly supportive family and friends, who help steady the ship that is Nancy!”

Kieran added: “We live in a beautiful country with amazing people, food and scenery, all of which make it easy to sell to those willing to come and visit.

“I would advise all foodies and people in tourism and hospitality to jump at any opportunity and go for gold.  It is only going to get better as more and more people find out about us here in Inishowen, County Donegal and Ireland,” he said.

Kieran will now take a break before getting back into the Nancy’s Barn kitchen. There are also plans afoot to take Nancy’s Wandering Wagon out and about around Inishowen and Christmas events are just around the corner.

Not one to rest on his laurels, the Isle of Doagh native said he will be bringing his own brand of Irish charm and great food back to America very soon.