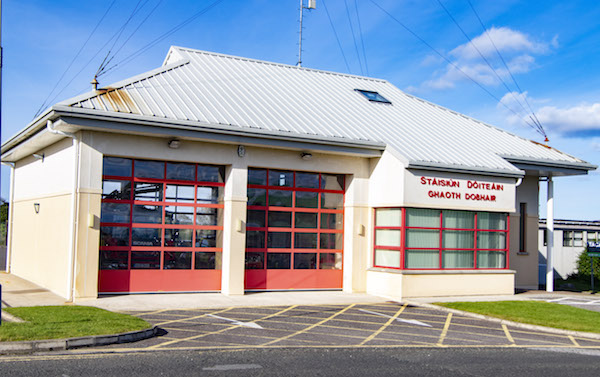 A fireman tried to sue Donegal County Council after his helmet fell out of his locker and hit him on the head.

Cathal Mulligan claimed he suffered a head injury when his helmet fell out of his locker at Gweedore Fire Station.

Mulligan, aged 60, claimed that he suffered headaches and could not respond to emergencies after the accident on November 6th, 2013.

At the time Mulligan was a very experienced fireman who had worked as a part-time responder for all 30 years from 1987 to 2015.

He had been based with the Gweedore fire station for all of his career and had answered more than 360 emergency call-outs between 2008 and 2013.

Despite being a fireman for almost three decades, he had never encountered a similar injury with his equipment.

As well as responding to hundreds of emergency calls, Mr Mulligan undertook refresher courses using his equipment every fortnight.

He took a case against Donegal County Council seeking compensation for loss of earnings of almost €5,000 and medical and psychological damage after being hit by his helmet.

The court was told that after being struck by the helmet Mr Mulligan carried on with his work that evening.

However, he claimed that after the accident he suffered headaches, became anxious and that his heart rate increased.

Mr Mulligan had suffered a bleed to the brain from a previous unrelated incident and said he feared suffering another episode after the helmet fell on him.

He did return to work as a fireman for a short time after the accident.

However, he claimed he could not return to work a part-time fireman after that because of further headaches and feelings of anxiety.

He appeared at Letterkenny Circuit Civil Court claiming that Donegal County Council had been negligent in their safety procedures at the fire station.

Donegal County Council, which was represented by barrister James O’Donnell, denied this.

The council claimed that the onus was on firemen to store and maintain their own uniforms.

However, after hearing the case Judge Sean O Donnabhain, dismissed the claim for personal injury.