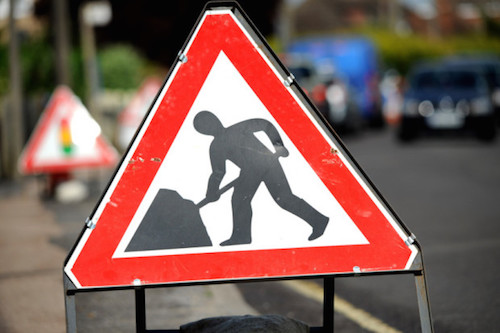 Work on vital footpath for Donegal village to start immediately

A new footpath on a section of roads used by the entire community in Crossroads is to start immediately.

Cllr Patrick Mcgowan has announced that work on the new footpath from the Creamery Bridge at Crossroads Village, past Red Hugh’s GFC grounds to the Monellan woods will begin immediately.

He said “I am delighted that working together with club chairman Denis McGill, Liam Doherty and Development officer Martin Doherty we were successful in putting together a mixture of CLAR funding and CAS Community assisted scheme funding along with local matching funding to construct this much-needed footpath.

“This is something I discussed with CAKE and others over many years and am delighted Red Hugh’s and CAKE Crossroads & Killygordon Enterprise groups committee agreed to make these applications which will benefit everyone in the community including walkers, runners and local residents.

“This new footpath added to the existing footpaths in the area will have a 6 km round trip in which to walk or jog safely.

“Great praise must go to the landowners who agree to facilitate the footpath on their property.

“I want to thank all the Staff in Donegal Council C&E section and in particular the Local roads staff in the Stranorlar office for all their assistance, they were very much behind this project and we all look forward to seeing the completed works.”

In addition to this project, funding for the next stage of footpaths at Trusk Road Ballybofey from the Weavers Estate out towards Sessiagh O’Neill Bridge and on the Letterkenny road Stranorlar out as far as Allan Park are still in place and will start sometime in the new year according to Stranorlar roads manager Claire McGeever.

Cllr McGowan added “These works were planned to start this year but were postponed so as not to add to traffic jams In Ballybofey Stranorlar due to ongoing priority roadworks taking place presently on Donegal road Ballybofey.
Funding for these projects are from Council own resources and not subject to end of year expenditure as is the case with Department grants.”