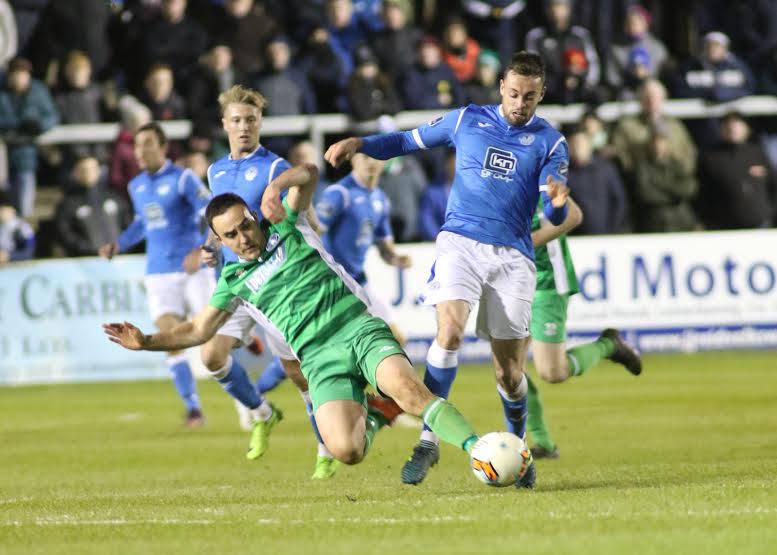 Here’s how Twitter reacted to Finn Harps’ win over Limerick

Paddy McCourt’s penalty in the first half was all that separated Finn Harps and Limerick at the end of tonight’s first leg of the promotion-relegation play-off final.

McCourt netted in the 36th minute after Jesse Devers was fouled by Killian Brouder.

It proved the only goal of the game and leaves the tie delicately poised heading into Friday’s return leg at the Markets Field.

Here’s how the world of Twitter saw tonight’s game …

Limerick FC would also like to thank @StCatherinesFC – the very first club of our defender Shaun Kelly – for the kind use of their facilities and their hospitality in helping us to prepare for tonight's game against Finn Harps.

What a win in Ballybofey for Finn Harps as they beat Limerick 1-0 courtesy of a Paddy McCourt penalty! They will go to Market's Field full of confidence for the play-off final second leg! #LOI #GreatestLeagueInTheWorld

It was in the script wasn't it? Paddy McCourt goal for Harps

Flat out on the Tay tonight in Finn park 😜well done to the lads great result 💙on now to limerick up the harps woop #UTH @FinnHarpsFC ⚽️⚽️💙💙 pic.twitter.com/hnubwqjTtQ