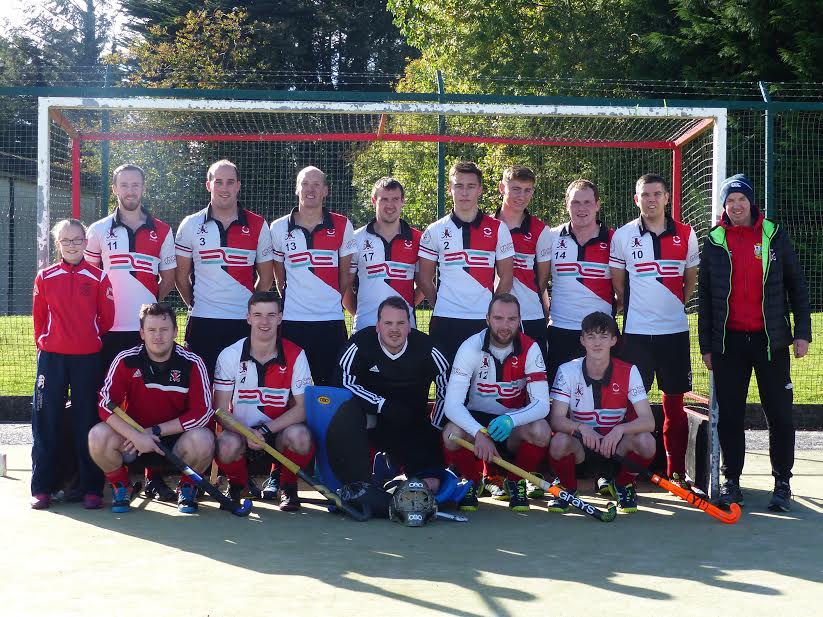 In Raphoe’s game against Mossley, both teams started with a minutes silence to mark the sad passing of long-time supporter of the club Ramon Davey.

It was an entertaining game with nine goals scored. The day got off to a poor start for the Donegal team as they conceded two goals in the first three minutes.

It was soon 3 – 0 to Mossley with less than 15 minutes on the clock. Raphoe were all over the place, unable to string passes together and unable to defend their goal, they were looking for the half to end as soon as possible so they could regroup and start fresh in the second half.

Mossley got two more goals, 5 – 0, before the half time whistle leaving Raphoe a mountain to climb to get anything out of this match.

The second half got underway and after a team talk from Rodney Bates, Raphoe finally got back to playing some decent hockey. Adrian Crumley winning his team a short corner and Simon Goudie’s effort was saved by the Mossley keeper.

Keith Meehan and Jonny Long went in for the rebound but got in each others way. It wasn’t long after that effort that Crumley once again won a short corner and this time Goudie switched the ball to Keith Meehan who laid it on a plate for Jonny Long to get a goal back for his team.

Mossley started to sit back and invited Raphoe onto them hoping to catch the home team on the counter. Raphoe got another one back when George Patterson put Tommy Orr in one on one with the keeper and the young Raphoe man slotted the ball past the onrushing keeper, 5 – 2.

Mossley made it 6 – 2 when they scored a cracking goal from the edge of the circle.

Raphoe rounded off the nine-goal thriller when George Patterson scored a great first-time effort high into the roof of the Mossley net, final score 6 – 3.

Raphoe will now hope to get back to winning ways as they travel to Antrim hockey club next Saturday.