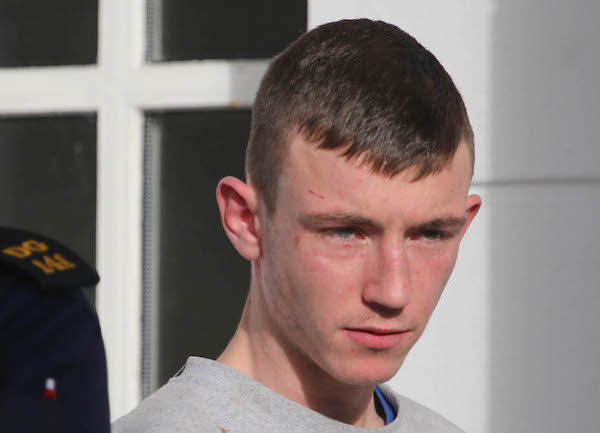 A man operating a drugs business selling thousands of euro of cannabis on social media has been caught by eagle-eyed Gardai.

Shane Valentine appeared at Letterkenny District Court charged with having drugs for sale and supply.

When Gardai raided his home at Glenaughty Close in Letterkenny on July 19th, 2017, they found more than €7,500 of cannabis hidden in a false compartment in a tumble dryer.

A further search of the house uncovered a further €960 in cash, a weighing scales and two mature cannabis plants worth a further €1,600.

Valentine, who is originally from Dublin, has a total of 26 previous convictions for a range of offences including assault, robbery and criminal damage.

He previously pleaded guilty to using a stolen credit card which was used to buy more than €185 worth of pizza at Dominos Pizza in Letterkenny on November 1st, 2016.

Solicitor for the accused, Mr Frank Dorrian, told the court that Valentine had been in case from the age of 3 to 17 and had very little contact with his biological parents.

Mr Dorrian said his client had a partner and a child and had been given an opportunity to distribute cannabis.

He said that he had found himself homeless before this and saw this as an opportunity to get his family “over the line.”

“He did not see himself as a major player and got caught very early on,” said Mr Dorrian.

Mr Dorrian added that there had been another raid on Valentine’s rented house but nothing was found.

The solicitor said that Valentine wore this as a badge of honour to let Gardai know that he was now trying to go straight.

Judge Paul Kelly adjourned the case until December 7th for a community service and probation report.

However, he warned Valentine “Given the facts, it will be very difficult to avoid a custodial sentence but we will see what we can do.”