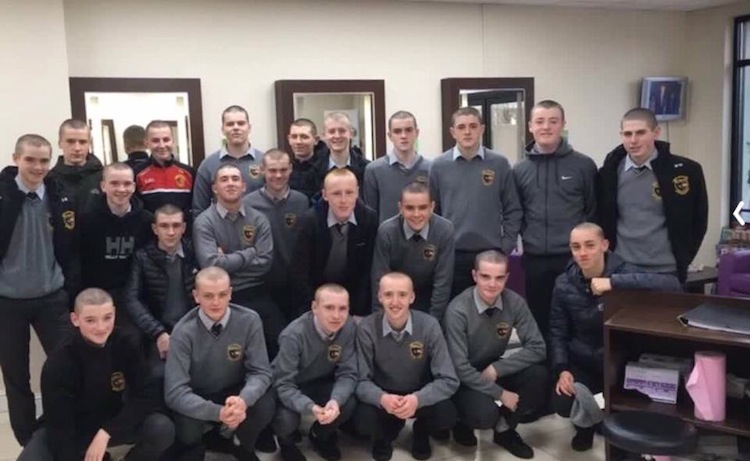 David O’Herlihy’s team were pipped at the post in extra time on a day when the shaven headed Sentry Hill scholars turned out in support of St Michael’s clubman Friel. The gesture helped to raise over €2,000 in the process.

Centre half-forward Friel is battling an illness, but was in Garvaghey to cheer on his team-mates.

David Boyle – who ended with 1-5 to his name – scored a goal early in extra time and kept St Eunan’s marginally ahead.

With thirty seconds left St Eunan’s were one up – but somehow contrived to conceded TWO goals before the conclusion.

St Eunan’s have also been without Kelan Collier, who is out with a broken leg, and midfielder Noel O’Donnell moved to America earlier in the year.

Jack Alcorn, Oran Brogan, Shane Monaghan and Jack Gallagher were the other scorers for St Eunan’s, whose gesture for a team-mate saw them win the day, even if they did lose out on the pitch.