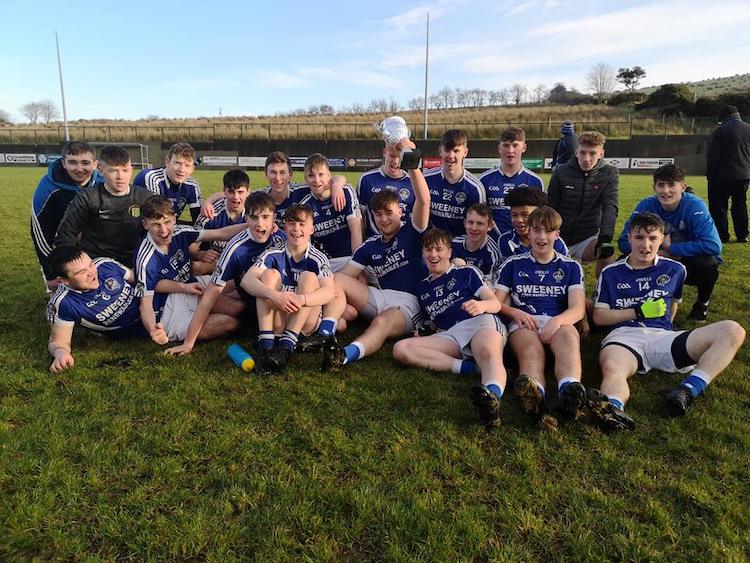 Gaeil Fhanada held on to defeat Glenfin in the Division 2 Minor League final this morning at the Burn Road.

Victory for the Fanad men secures a memorable Championship and League double after an excellent season.

Their win over gutsy Glenfin was all the more impressive given that they played the entire second half with 14 men after Mark McAteer was sent off late in the first half.

An early Aaron McGlynn goal gave Glenfin a real lift, but it was Gaeil Fhanada who led 0-5 to 1-1 when McAteer was dismissed.

But with Bernard McGettigan leading the charge, Gaeil Fhanada made light of their numerical disadvantage.

McGettigan kicked six points and delivered a big display for his side.

Glenfin rallied with three points from Odhran McGlynn leaving just a point in it before Ross Marley drew them back on level terms again.

Down the home stretch, Gaeil Fhanada had just enough to claim the win.