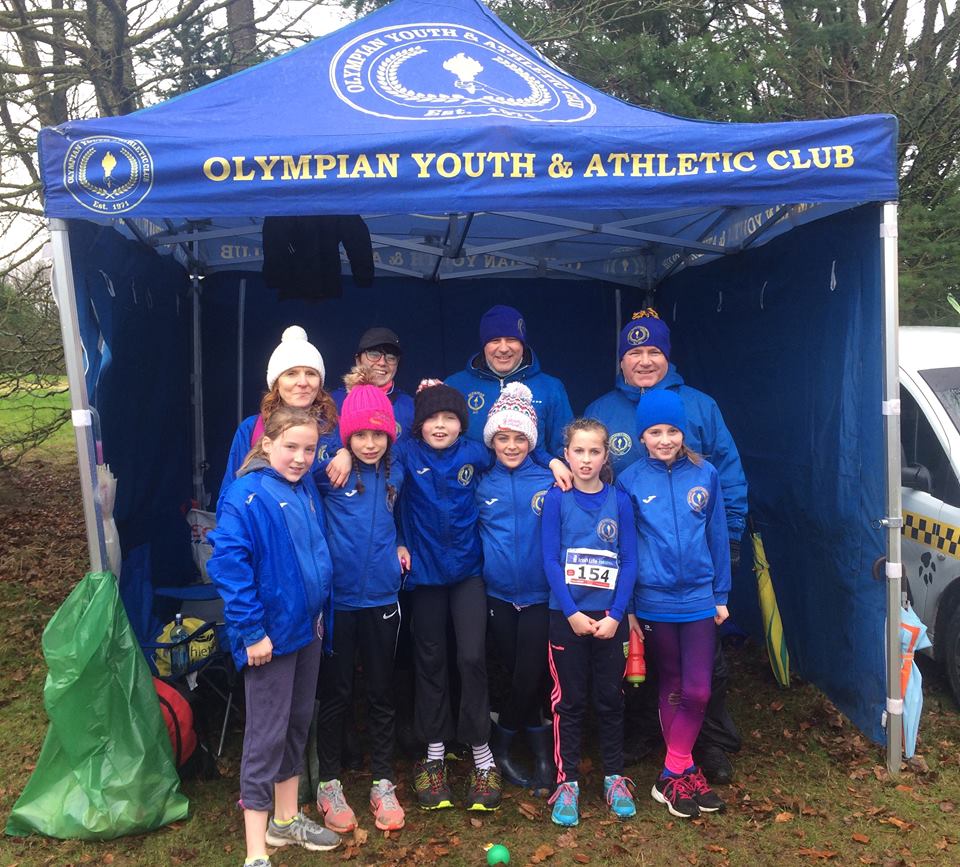 Success for Olympian YAC at the All Ireland Cross Country Championships

With the best 12 individual athletes, top three teams and best three county teams from each province qualifying for these illustrious Championships there was talent aplenty on display with only the best cross country runners in the country pitted against each other.

On a wild and windy day doubled with a tough and hilly course, which meant the competition could not have been fiercer; and our Olympian’s as usual displayed real heart.

First in on the action was the U11 girls team who gave a great account of themselves in a large field of just under 200 athletes.

Having qualified with a Silver medal from the Ulster Cross Country Championships, they showed brilliant resilience to finish a very credible 12th best club out of 20 club teams.

First counter for the team, Anna Russell 39th, just missed out by two places on featuring in the Ulster bronze medal team coming home as 7th counter (with 6 members medalling).

Erin Friel was 73rd, Orlagh Faul 94th, Caitlin Mc Cabe 139th, Chloe Deeney 158th, and Aoife McGeehin 170th. With many of the team competing in their very first All Ireland Championships, they will take great pride in their performance and will no doubt have gained invaluable experience which will stand to this fantastic group of young athletes in the future as they continue their development within the sport.

In the U11 & U13 Boys, our two athletes Brian Devine and Boyd Russell were, unfortunately, unable to take part due to sickness.

It is disappointing for them that they missed out as both athletes have had an outstanding cross country season and would have no doubt featured prominently for club, county, and provenience.

They have will certainly be athletes to watch for in the indoor and Track and Field seasons ahead so everyone at the club is wishing them a speedy recovery.

Nuala Bose took on the 3500m distance in the U15 girls and placed a very creditable 84th in a field of 140 athletes.

Finishing off the day and his season in fine form was Sean Mc Ginley in the U17 Boys 5000m distance.

Having claimed an individual Bronze All Ireland medal a few weeks ago in the U16 age group he was in a confident and determined mood to put it up to the older opposition.

He pushed the pace throughout most of the race and in the end finished a very impressive 7th position.

As he was the 4th Ulster counter he was rewarded with a Gold provincial medal to add to his tally of All Ireland Cross Country medals this season, making it an incredible 2 Golds, 1 Silver, and 1 Bronze in total.

A great way to finish the season for the athletes and club. An outstanding cross country season only shows that the club is going from strength to strength. A massive thank you to all our members, coaches, parents and supporters for a brilliant 2018 and we look forward to even better times ahead in 2019.

Training will have a short break over the Christmas period and will return Tuesday, January 8, 2019, at 7:00 – 8:15pm and continue every Tuesday at this time as well as Saturday mornings from 11am until 12.15pm at the Glenswilly pitch.

We are insured to cater for any and all abilities from 7 years of age right up to senior and master’s level who wishes to train, keep fit, have fun, and/or compete at a local to national/ international standard.

New members as always are more than welcome.

For further details, please do not hesitate to contact Martin O’ Donnell on 0863838240 or message us via Facebook (Olympian AC) or feel free to come down and have a chat on any of our club training times. 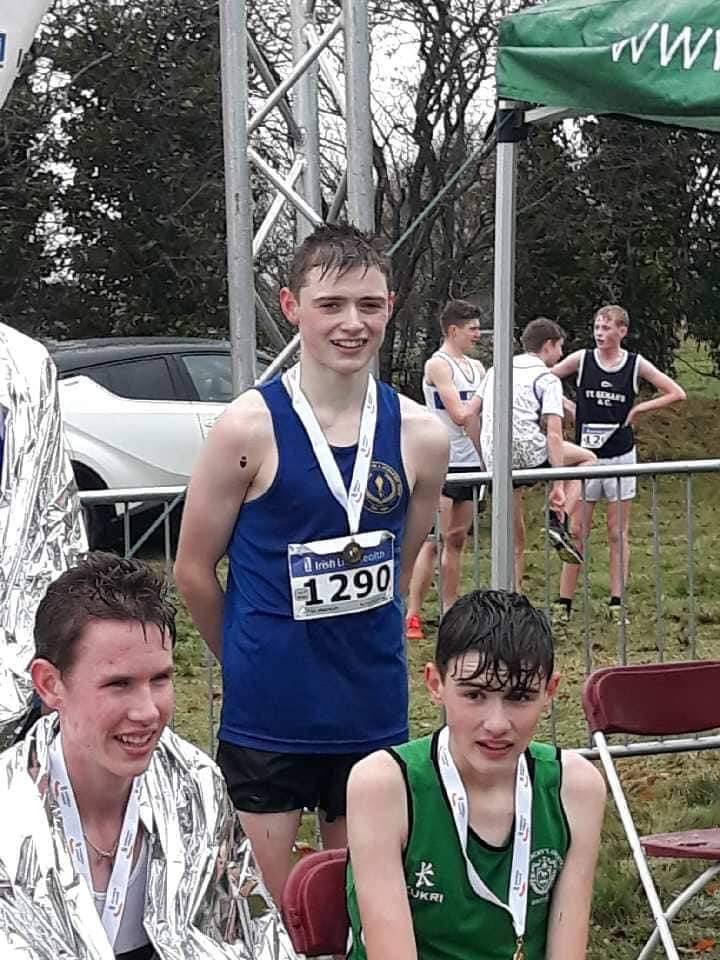 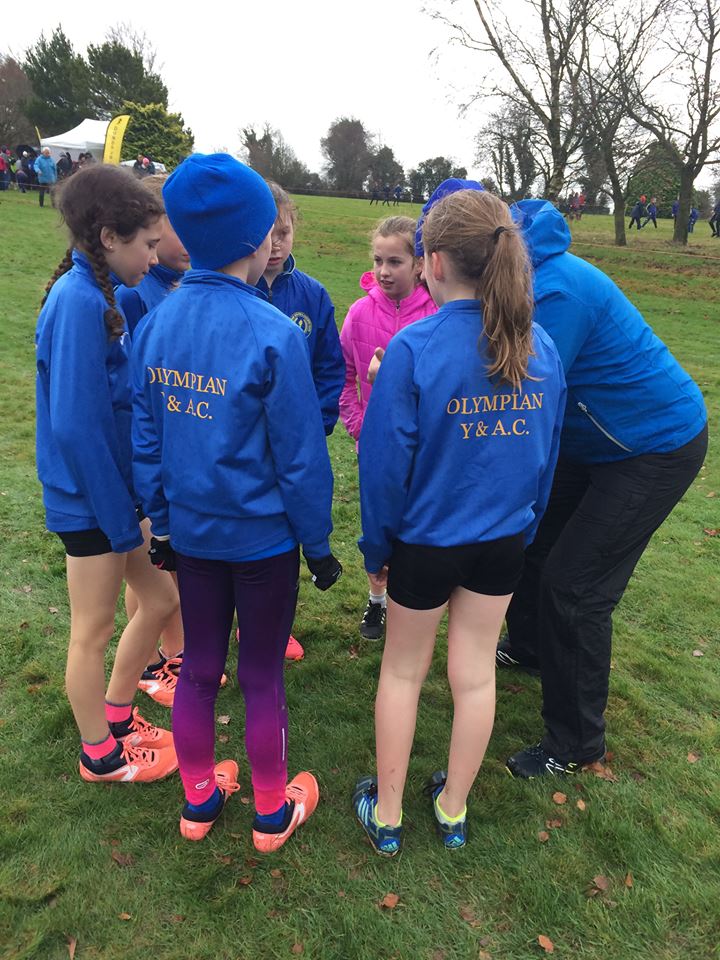 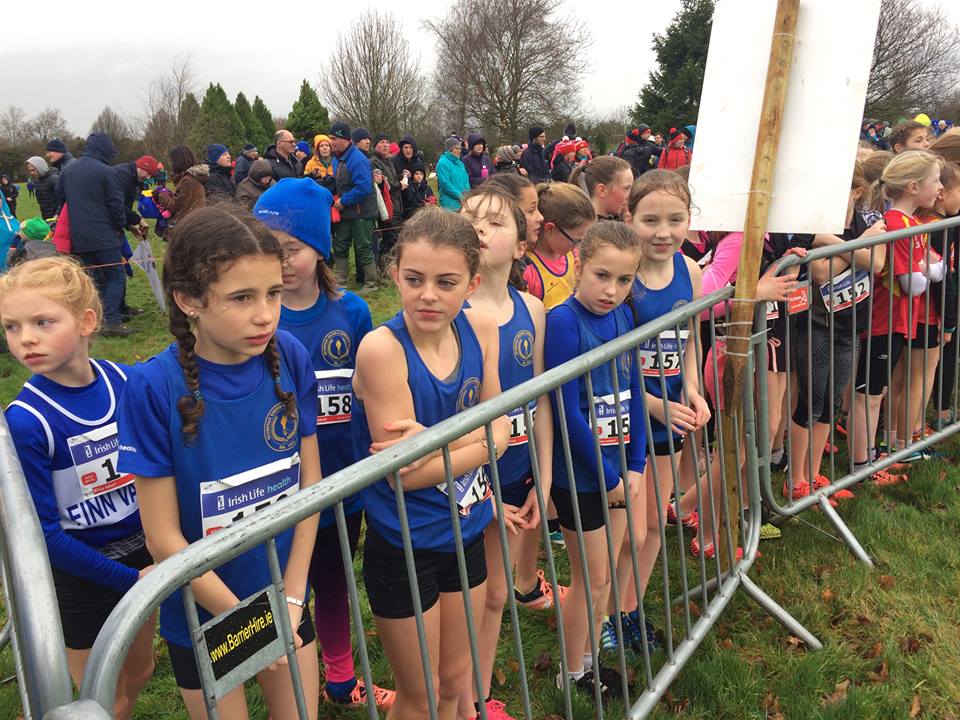