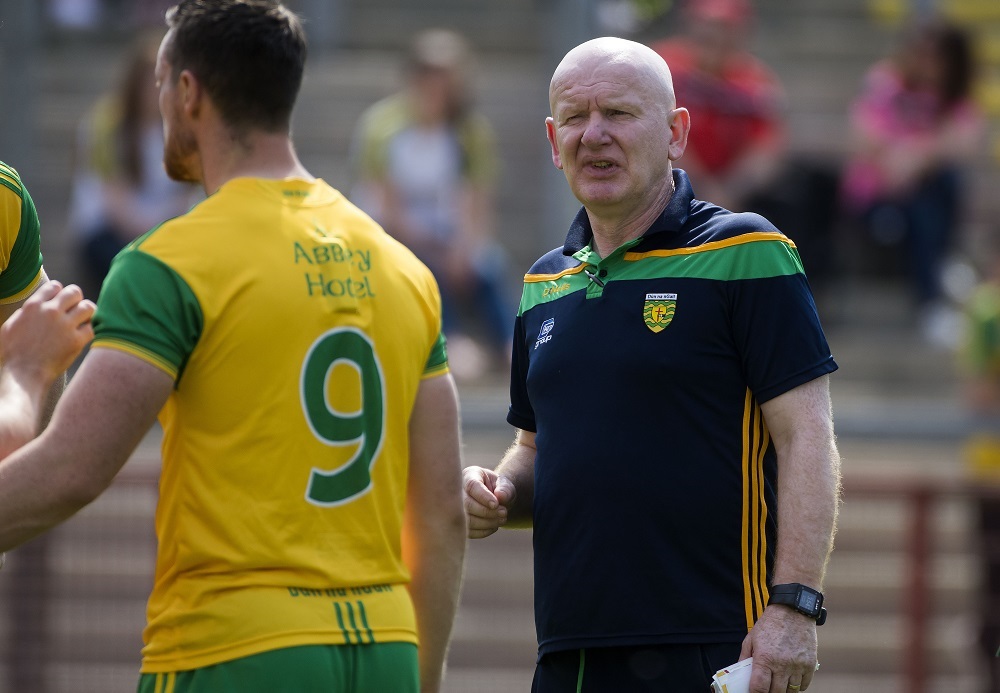 Declan Bonner has questioned the logic of introducing a back door system in third level competitions for 2019.

Colleges who are beaten in the first round of competitions like the Sigerson and Trench Cups will get a second chance under the new model.

Bonner, who has has nine Donegal players involved with their Colleges, is perplexed by the new system.

“We’re in a day when we’re always talking about looking after players, about burnout and player welfare – and they bring in a third-level backdoor,” Bonner said.

“It doesn’t really make sense to me. They introduce this backdoor and the competitions start at the end of January or the start of February, when the same players are trying to push to be included with their counties in the early part of the League.”

Conor Morrison, Brendan McCole and Cian Mulligan will be on the DCU panel; Stephen McMenamin is at DIT; Niall O’Donnell lines out for Maynooth; Jamie Brennan dons the colours of IT Sligo; and 2018 All-Star nominee Eoghan Ban Gallagher is with Ulster University, Jordanstown.

On top of that, Michael Langan and Peadar Mogan will be in Trench Cup action with Letterkenny IT, who are under the management of the Donegal captain, Michael Murphy.

Bonner, whose side begin their new campaign on Sunday against Queen’s in the Dr McKenna Cup, said: “We don’t want to turn this into an excuse because we will manage it, but it’s more of an issue for the players.

“At that time of year, players want to make an impression for the county team, but they’re involved with Colleges in huge games around the same time – and now that workload has been added to.

“They’re playing with other teams when their full focus should be on trying to nail down their places for their counties.”

Several of Bonner’s experienced players will return at different intervals during the spring while the Tir Chonaill manager is planning without his significant Gaoth Dobhair contingent as they prepare to face Corofin in February’s All-Ireland club semi-final.

Bonner said: “The door will open up for other players now. It’s part and parcel of the game and we just have to hope now that other lads can step in and step up. It’s obviously not ideal, but we’ll get on with it.”