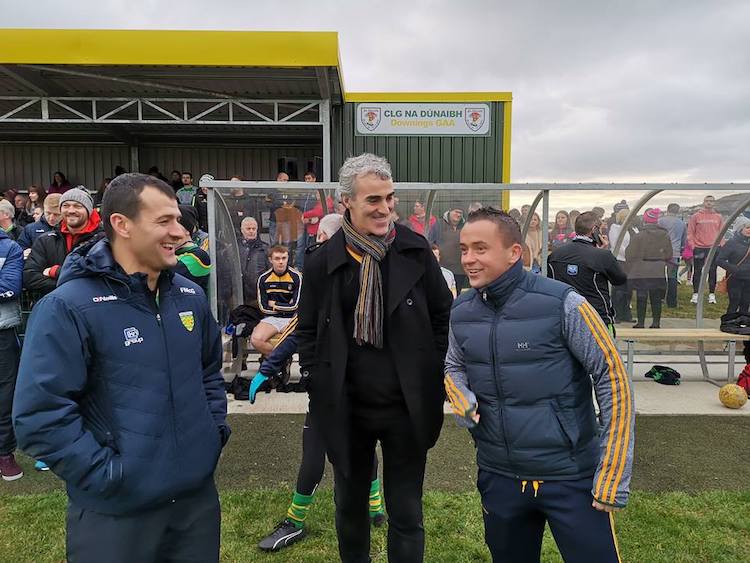 Listen: Jim McGuinness on his transition to soccer manager and his new role in USA

Jim McGuinness sees a lot of similarities between the task he had in Donegal and his new role as manager of Charlotte Independence.

Picture: Jim McGuinness with Frank McGlynn and Maxi Curran at the ‘Match for Fenny’ in Downings. Picture by Brendan Vaughan.

McGuinness’s transition from All-Ireland winning GAA manager to the new gig, which sees his family move Stateside, has come via jobs at Celtic and Beijing Sinobo Guoan.

“It’s been very quick on one level and been a long road in another,” said McGuinness, recruited by Celtic after leading Donegal to Sam Maguire in 2012.

“I tried to be student of the game as much as possible in the early years and sort of formulated my own ideas and thought processes.”

The Glenties man is aiming to rise the fortunes of Charlotte, who finished 11th in the Eastern Conference last season.

“We’re trying to build the team from the bottom up and get a squad that will be ready to start training on January 27th,” he said.