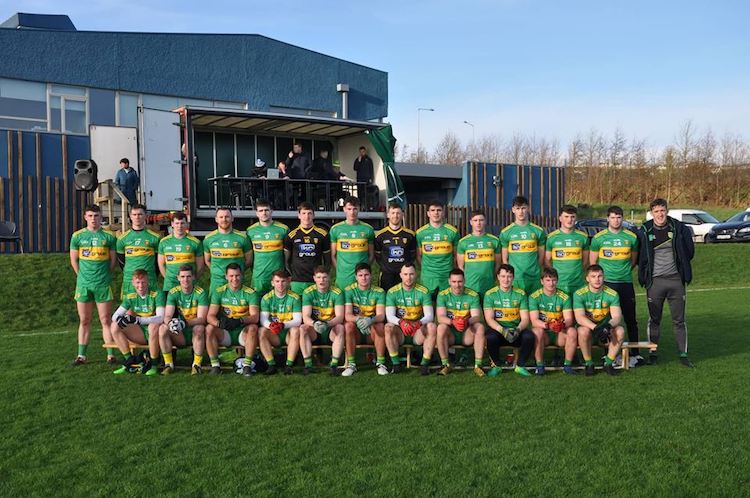 Opportunity knocks for a new batch of Donegal footballers as they begin their Bank of Ireland Dr McKenna Cup campaign on Sunday.

Declan Bonner will be in experimental mode throughout the McKenna Cup, with Donegal opening up on Sunday by hosting Queen’s in Ballybofey.

Picture: The Donegal team that played Sligo in a recent challenge game.

Bonner has confirmed that many of the experienced members of his troop will have their respective returns ‘staggered’ over the late winter and springtime.

Before then, some new faces will get a chance to showcase their wears on a competitive stage with games against Queen’s, Down and Cavan in the McKenna Cup.

“Games are ideal preparation for young lads like we have, no doubt,” Bonner says.

“We want to get lads game time, number 1. We want to see where they’re at, we want to prepare for the League and get them games in a competitive environment. There nothing like games to prepare yourself for the road ahead.”

For the likes of Jason McGee and Eoin McHugh, it will be about finding their previous levels as they return to the senior trenches after a year out.

It is a chance to impress Bonner and catch the eye for players such as Ciaran Diver, Paddy Dolan, Peadar Mogan, Lorcan Connor and Oisin Gallen, who all played in a recent challenge game against Sligo.

Wind back to 2014 and Odhran Mac Niallais showed well enough to retain a place throughout that year and started the Ulster and All-Ireland finals.

“This is an opportunity for these lads,” Bonner said. “These boys are the future of Donegal. It is a young group and a young squad, but we will get the experienced men back in and try to blend all of that.

“With the exception of Martin McElhinney and Martin O’Reilly, our squad will all be fellas in their early 20s or their teens.

“We used the McKenna Cup like that in 2018 and we ended up winning it.

“The guys we have in now all want to play for Donegal. They’re working really hard and they’re in for the right reasons.”

At the end of January, Donegal will travel to Ennis to face Clare in their opening Division 2 fixture.

That clash at Cusack Park is Donegal’s immediate aim, though with depleted numbers, owing to a break for some of the elder statesmen, the Gaoth Dobhair contingent who are in club action and long-term injuries to Patrick McBrearty and Kieran Gillespie, there are no shortage of shirts up for grabs.

Bonner said: “It’s a massive opportunity for players coming in now. The McKenna Cup will see where they’re at and will be a good indicator for us.

“We want players who can fit into the game plan. Sometimes it’s difficult to come in when they might not be used to the way we play, but we’re looking for guys who can bed into it.

“Many the player had a decent-to-good McKenna Cup and kept his place.

“What we want now is for men to put their hand up and say: ‘I have this jersey now and I’m not giving it up’.”