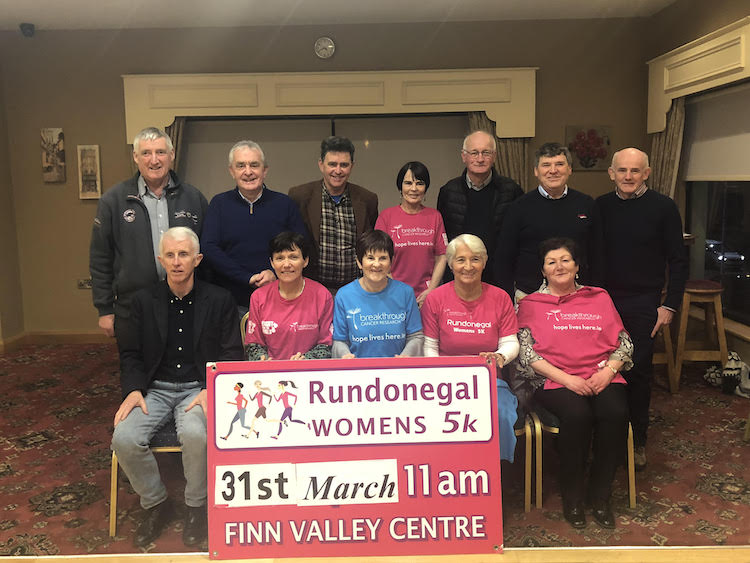 Organisers of the RunDonegal Women’s 5k hope to reach a magical milestone and break the 1,000 barrier in 2019.

The 2019 RunDonegal Women’s 5k, which was officially launched this evening. will be run in aid of the Brid Carr Ovarian Cancer Research Fund.

The RunDonegal Women’s 5k will take place on Sunday, March 31, at 11am, based out of the Finn Valley Centre.

“The awareness of ovarian cancer is what we’re working on for this year,” Grace Boyle, one of the organisers, said at the launch.

“Everyone comes along to exercise, but apart from that we are pushing awareness of ovarian cancer.

“We had 780 last year participating and we are very determined to get to 1,000 this time. 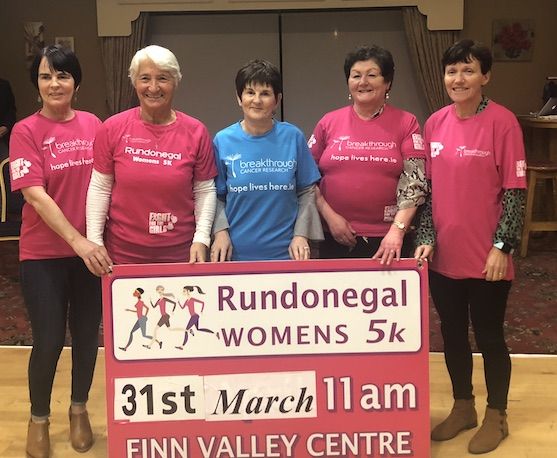 The Finn Valley Athletic Club Chairman, Patsy McGonagle, the former Irish Athletics team manager, said the club was ‘delighted’ to be associated with the event.

“This is well established now. It has developed and I’m very pleased that we’ve kept it going,” he said.

“Last year, we did it for the Donegal Hospice and we did it to remember Lisa McGranaghan, a young local woman who died.

“We’re very happy to do it this time for ovarian cancer.

“We’ll do our best. It’s important from the point of view of getting the message out and it’s great for those who take part.”

Glencolmcille native and mother-of-three Brid Carr was just 54 years old when she passed away in 2014 after a battle with ovarian cancer.

In 2015, funds raised in her memory helped co-fund the education of pHd student Jennifer Quinn at the Cork Cancer Research Centre. 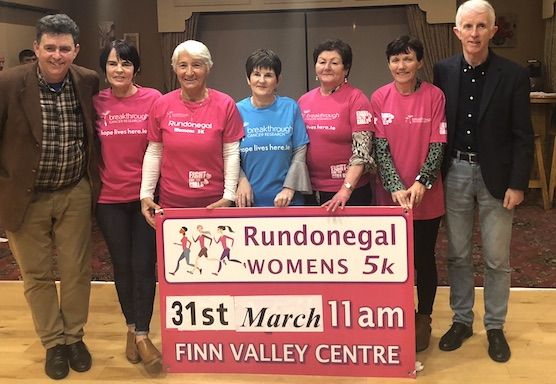 Brid had been misdiagnosed twice and her husband, Seamus, welcomed the launch of the RunDonegal Women’s 5k.

He told the launch: “We are thrilled to be associated with this again. Awareness is our number one and the profile from the club at Finn Valley and this whole area is fantastic.”

Entries to the RunDonegal Women’s 5k will cost €10 and include a free t-shirt.