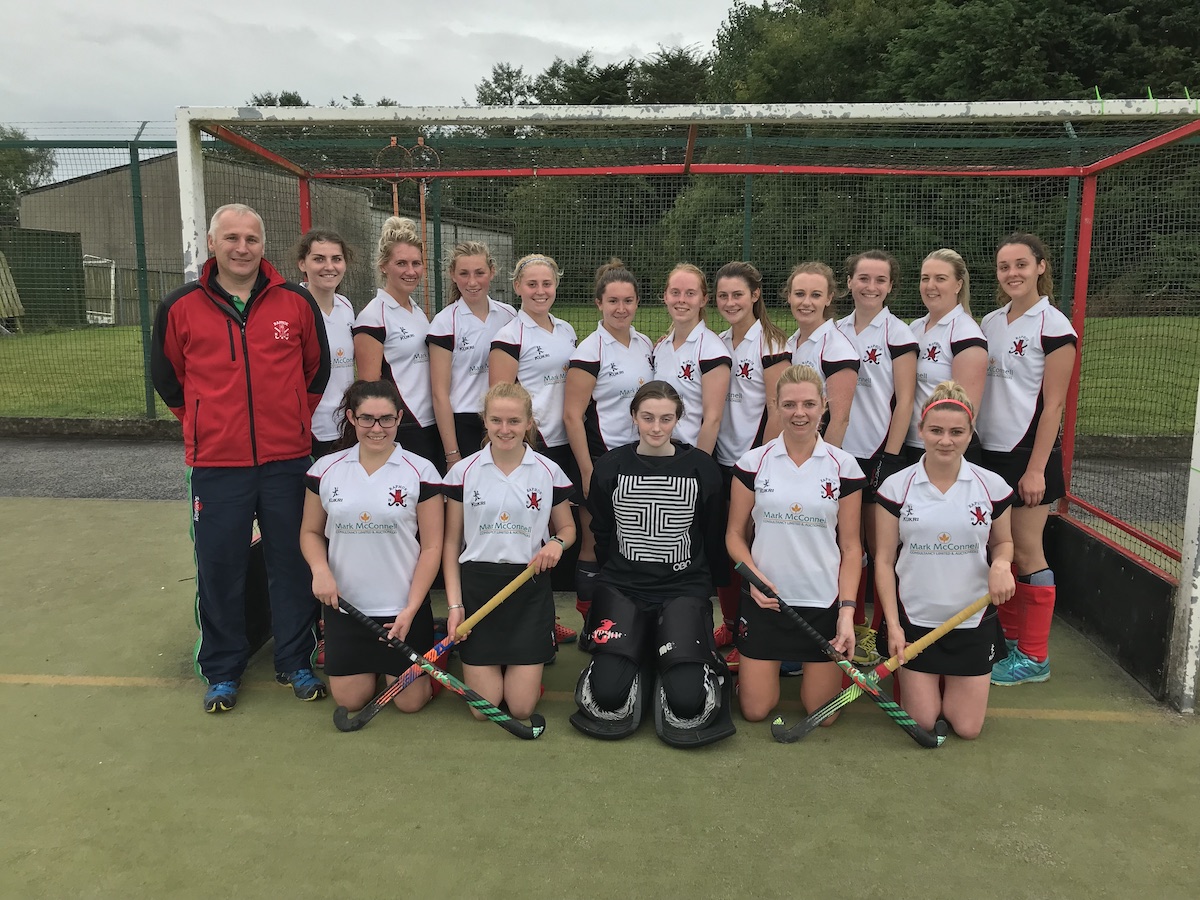 A hard fought 2-1 victory for Raphoe Ladies at the Royal and Prior grounds kept Raphoe’s impressive form intact this season, with goalkeeper Catherine Mahaffey putting in a superb display.

Report by Charlie Collins at the Royal and Prior grounds

Captain fantastic, Sabrina Barnett secured a victory for the Donegal side, cancelling out Portadown’s second half leveller.

Raphoe started more laboured than usual and they had to work hard to open the scoreline, which they achieved after 14 minutes.

One goal separated the two sides at the interval, with the visitors Portadown wasting five short corners, which they would have been disappointed with.

In the second half, it was Raphoe goalkeeper, Catherine Mahaffey, who stole the show with a sublime performance.

After 40 minutes, Portadown had their first real chance through Amy Black, who hit a slinger goalbound, but Mahaffey pulled off a great first stoppage to deny the Northern Irish outfit.

However, Portadown were firmly on top and Raphoe were struggling to cope with the intensity and on the balance of play probably deserved to be behind.

After 49 minutes, Stacey Livingston utilised excellent skill to break free in from midfield, and while she looked certain to score, Mahaffey pulled the breaks on the Portadown player in open play to deny her from close range – two minutes later Black was also denied.

It was remarkable stuff from the Donegal native, who saved Raphoe’s blushes several times.

Despite Mahaffey’s good work, Portadown got a deserved goal after 53 minutes. It followed a super move by the visitors, who exchanged excellent passes before Annie Gordon slotted an equaliser into the bottom corner.

It didn’t take Raphoe long to wake up and start to play their way again, pressing the Armagh side’s every endeavour, making the game difficult again.

Raphoe’s increased influence produced a succession of short corners, but they too failed to capitalise and Portadown almost made them pay.

After 70 minutes, Portadown’s shot from a corner almost proved successful but Mahaffey pulled off another fine stoppage.

Five minutes later, with the game approaching a conclusion, Raphoe snatched the lead.

Intelligent play by Lyndsey Tinney slipped Barnett through on goal and Raphoe’s captain secured her second of the evening.

Barnett’s goal was enough to get Richard Tinney’s side across the line, but it’s Catherine Mahaffey who deserves all the plaudits in goals.

Her majestic performance saved her team a scalping in the second half and it paid dividends as Raphoe snatched a late goal to keep alive their unbeaten run.