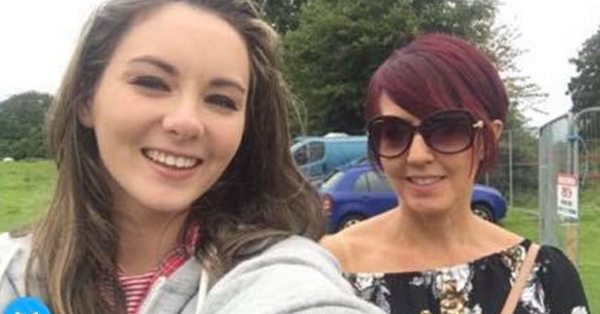 ‘In memory of Mary’ – Concert to honour much-loved Falcarragh mum

A special concert has been announced for next month in memory of Mary Ruddy, who passed away last year.

A top line-up will be taking to the stage at New Hall Falcarragh on 20th February to celebrate the life of Mary Ruddy and to raise funds for Relay for Life Donegal.

Mary (née McGee) was a much-loved wife and mum who worked as a holistic therapist helping others in the locality. She passed away in May 2018 after a battle with cancer.

“Mammy was a true inspiration not only to me but to so many others,” said Mary’s daughter Megan, who has organised the event.

The concert will support ‘Megan’s Warriors team’ in Relay for Life, a charity group which brought her great comfort during difficult times last year.

Megan (aged 18) told Donegal Daily: “I put my first team into Relay for Life last year in memory of my aunt Winnie McCauley, who died in 2016.

“Mammy was going through cancer at the time I registered. I remember coming back from the first meeting and she said ‘I’ll be there in my purple t-shirt’.

“Two weeks after I joined, mum passed away. I ended up doing the Relay for mammy and my auntie.

“Relay for Life are like one big family. They were there for us when Mammy died,” Megan added.

Mary had a great love for dancing and always supported her daughter Megan, who is a local jive dancing teacher.

Tickets for the ‘Concert in Memory of Mary Ruddy’ will go on sale this Monday 14th January in local stores including: Special Days Falcarragh, Centra Dunfanaghy, Falcarragh and Letterkenny, Mc Clafferty’s Eurospar in Gortahork and Creeslough Supermarket.