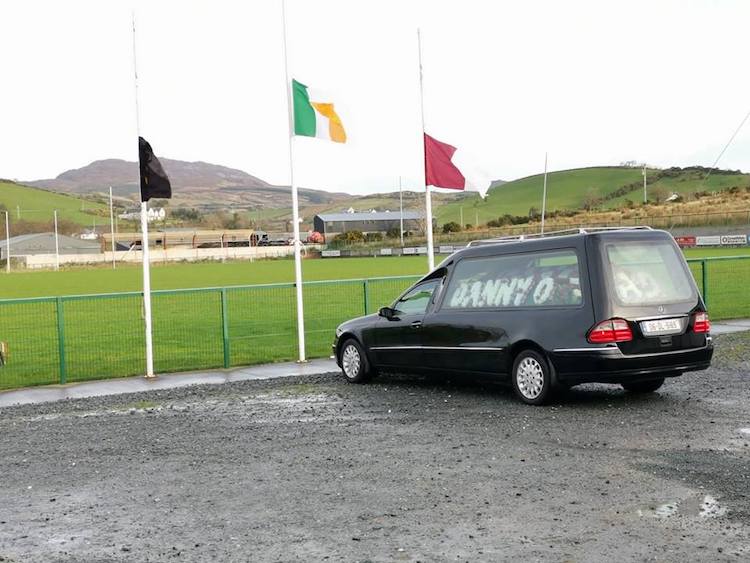 The parish of Termon fell to a standstill today for the funeral of Danny O’Donnell, the Chairman of the Termon GAA Club.

Picture: The remains of the late Danny O’Donnell, Chairman of CLG An Tearmann, stop off at The Burn Road, the club’s home pitch, today. Picture by Brendan Vaughan

‘Danny O’, as he was known, from Cashleenen in Termon, had spent a large portion of his life in Chicago, but became heavily immersed in the Termon club since his return to Ireland.

He became Chairman of the Termon ladies board in 2012 and took over as senior Chairman in 2014. 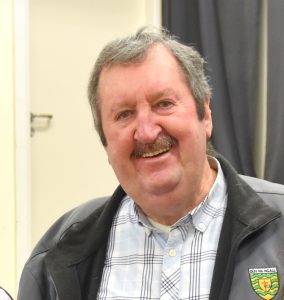 There were poignant scenes today as Danny, through an impeccably observed guard of honour, was taken to his beloved Burn Road one last time. He had been instrumental in the development of the facility.

Termon members flanked the hearse and lined the roadside as Danny’s remains were taken to St Columba’s Church in Kilmacrennan for his Funeral mass.

For the last three days, Termon members worked liked clockwork to make sure the wake ran smoothly. A park-and-ride shuttlebus system was in place from the Termon Hall and club members also aided in traffic management and organising parking.

It was the truest sense of a club rallying around and it was a week in which ‘Danny O’ would surely have been proud of the endeavours of CLG An Tearmann.