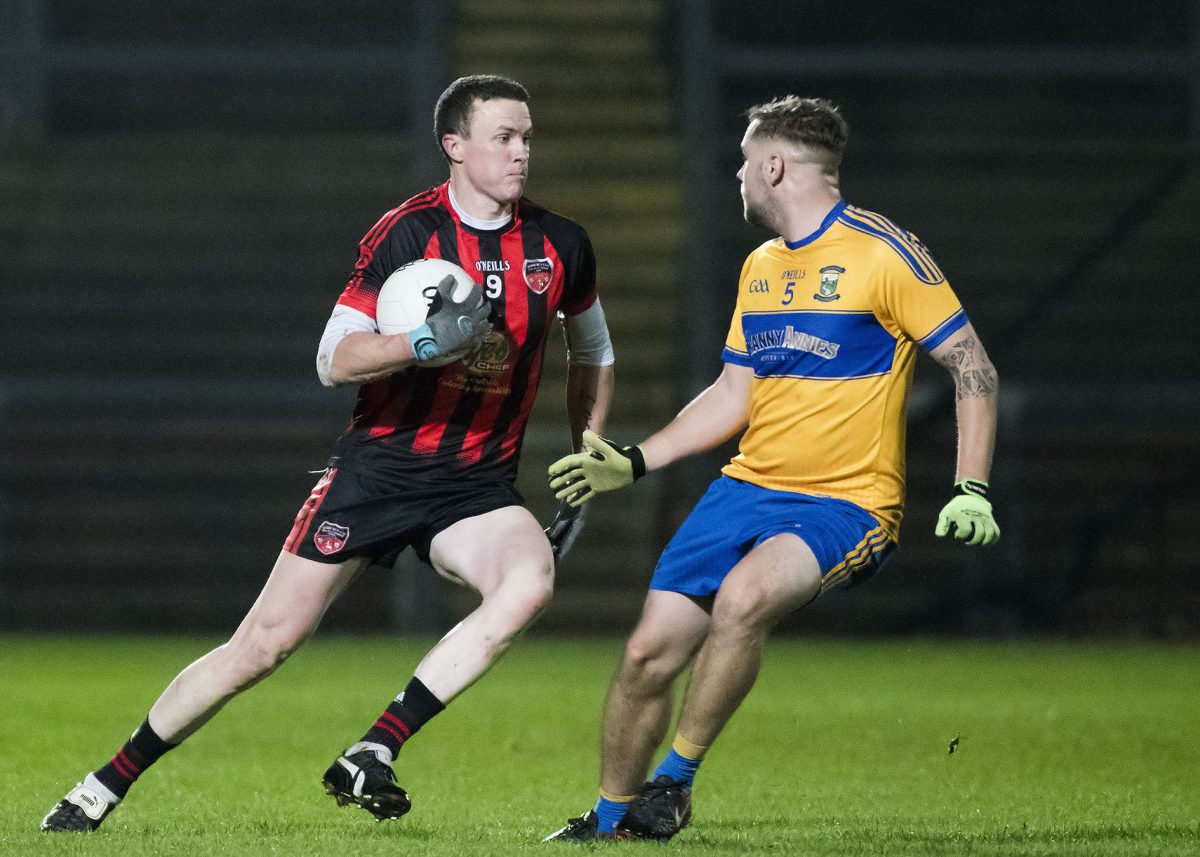 Listen: Browne draws on positives of ‘brilliant season’ as Red Hugh’s bow out

Damien Browne admitted that when the dust settles his Red Hugh’s team can be proud of the season they had and can look forward with optimism.

The midfielder kicked six points this afternoon in the All-Ireland JFC semi-final against Easkey at Ballinamore.

However, in the end it was the Sligo and Connacht champions who progressed to next month’s final at Croke Park, on a 1-8 to 0-9 scoreline, where they will take on Beauford from Kerry.

“We can look back on a brilliant season and the support, I’ve never seen the likes of it,” Browne said. “At the start of the year our goal was to win the Donegal championship and then we got a run in Ulster. There was only a kick of the ball in it today. There’s a pile of young boys coming through.”