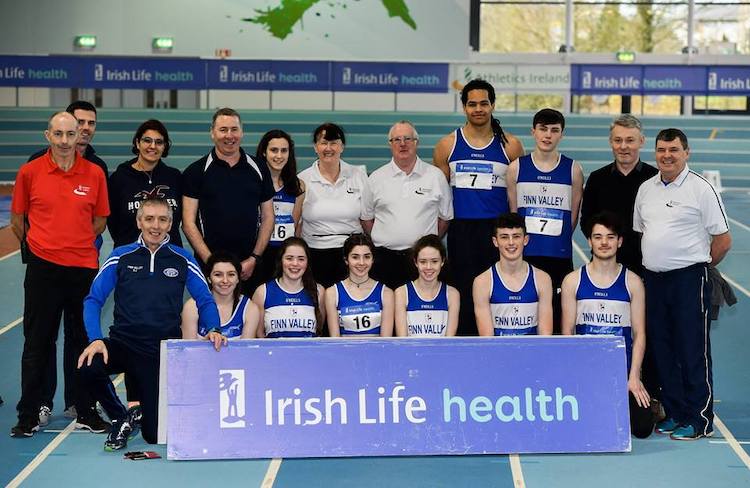 In recent years Athletics Ireland introduced a National Indoor League for senior clubs – an opportunity to get into competition in a new year – and Finn Valley AC engaged positively as the first Ulster club to enter.

In the words of Mark: ‘Basically no pressure lets go and enjoy this gets an indoor competition and a new season underway and put your months of training into action, evaluate and move the season on’.

The result a number of neat results included: Lauren Callaghan 11.43m triple jump closing down on club record of 11.80, set in 1981 by Sinead McLaughlin; it would be remarkable to improve on that after 30-plus years.

In Athlone yesterday, on duty were Daniella Jansen 400m and Chris Kearns 400m.

In the 1500 Ben Carr and Aoife McGrath competed.

Simon Archer had a high jump victory and a solid 200m. 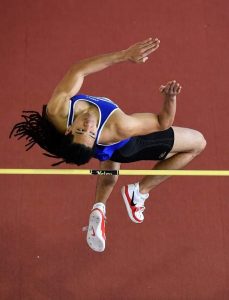 Simon Archer going over the high jump. Picture by Sportsfile

Ian Brennan from Stranorlar, a journalism student now at DCU, was second in the triple jump, just short of 13m as he prepares for the Irish Universities Championships  .

Aine Wilkinson was again strong and he was second in the high jump.

“Thanks also to family members who ensured athletes got there. Great senior and club team experience gained being part of Team Finn Valley.”