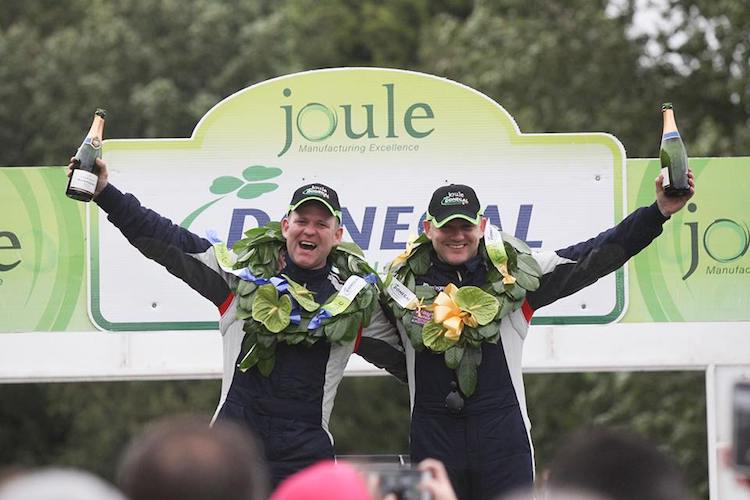 Manus Kelly and Donall Barrett will make their debut in their new R5 car next weekend at the 2019 Corrib Oil Galway International.

The three-in-a-row Donegal International Rally winners will take to the Galway tar next Sunday in a Hyundai i20.

Kelly and Barrett had unbridled success at the wheel of a Melvyn Evans-prepped S12B Subaru, but that car has since been sold and the Glenswilly-Milford partnership will go behind new machinery this year.

“It’ll be a big, big challenge for us,” Kelly said recently.

“I might have to sit in the left-hand side of the car which will be challenging. We’ll go out in Donegal in an R5. We’ll drive as hard as we can with what we have and see where it takes us.”

Two of Donegal’s other top rally drivers, Donagh Kelly and Declan Boyle, are also in R5 cars for Galway.

Declan Boyle, who will have his cousin Brian back on the pace notes, will be in an R5 Fiesta with Donagh Kelly, who has Conor Foley on board again, in a Skoda Fabia R5.

Kelly will keep hold of his WRC Focus and Boyle will not be dispensing with the WRC Fiesta just yet.

The move to the R5 cars in time for the Galway International Rally is to have a cut at the Championship. As the rules stand, WRC drivers are eligible to win individual events, but cannot amass championship points.

There is a big Donegal interest in the Galway International.

Muff-Falcarragh duo Joe McGonigle and Ciaran Geaney are in a BMW Mini WRC, while PJ McDermott, Damien Tourish and Aaron McLaughlin are other Donegal drivers in the top 30 seeds.

All through the entry list, there are traces of Donegal. 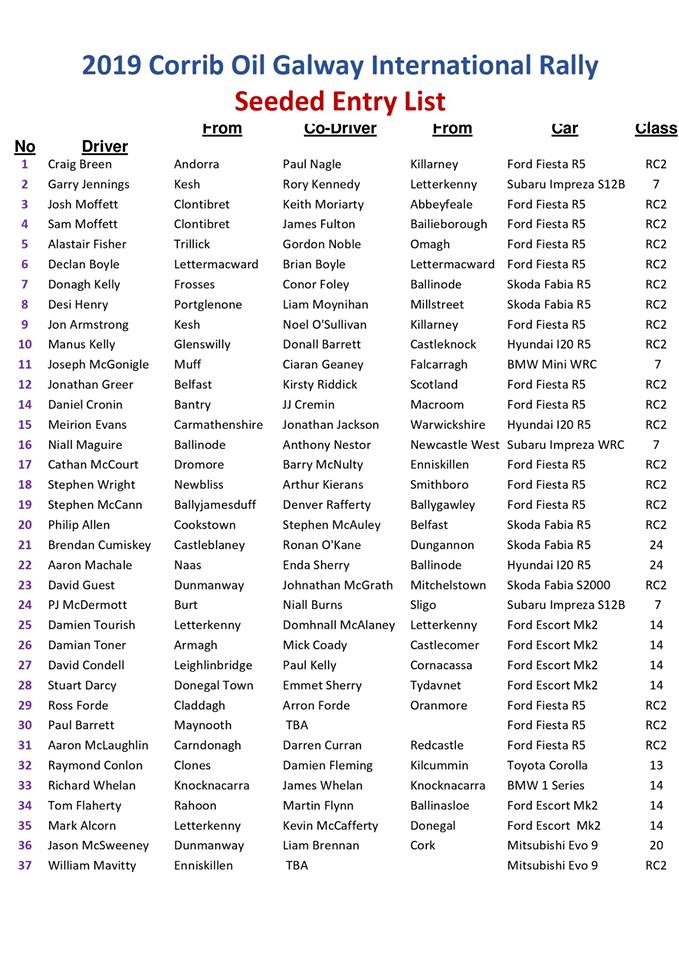 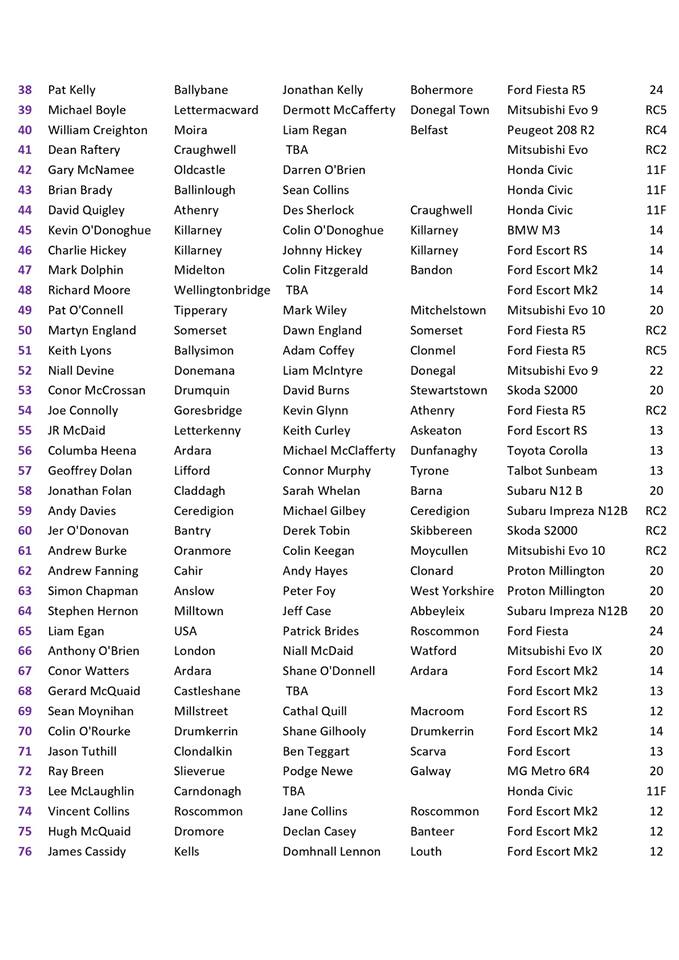 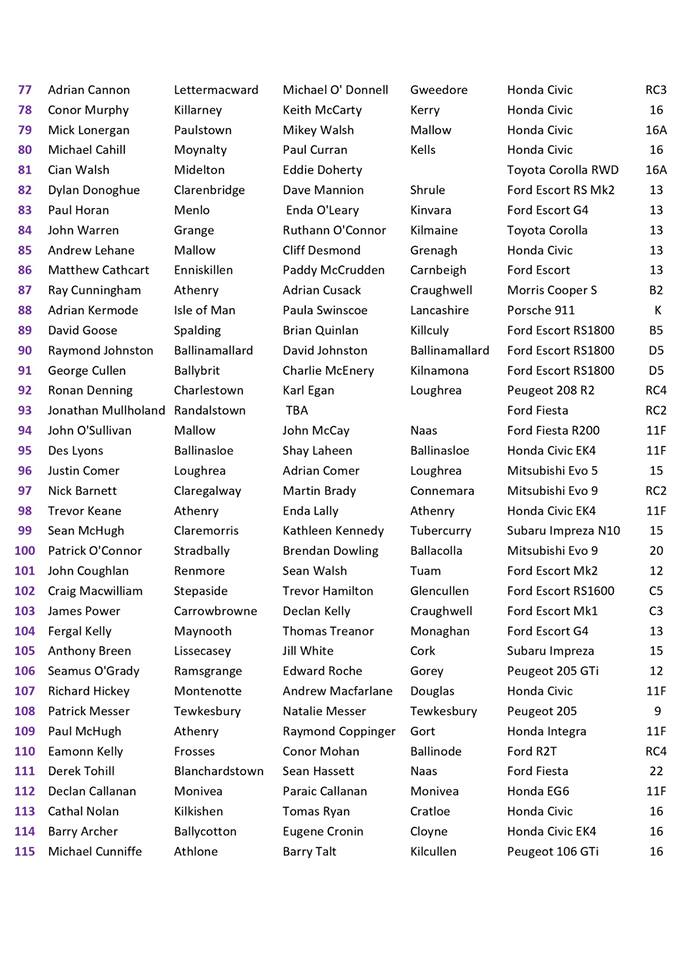 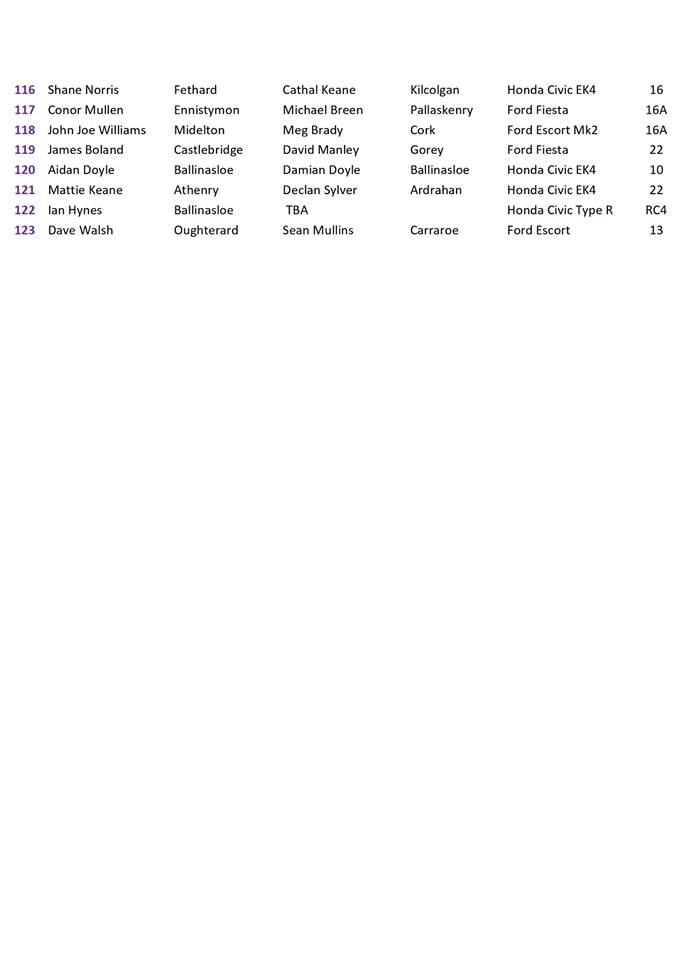