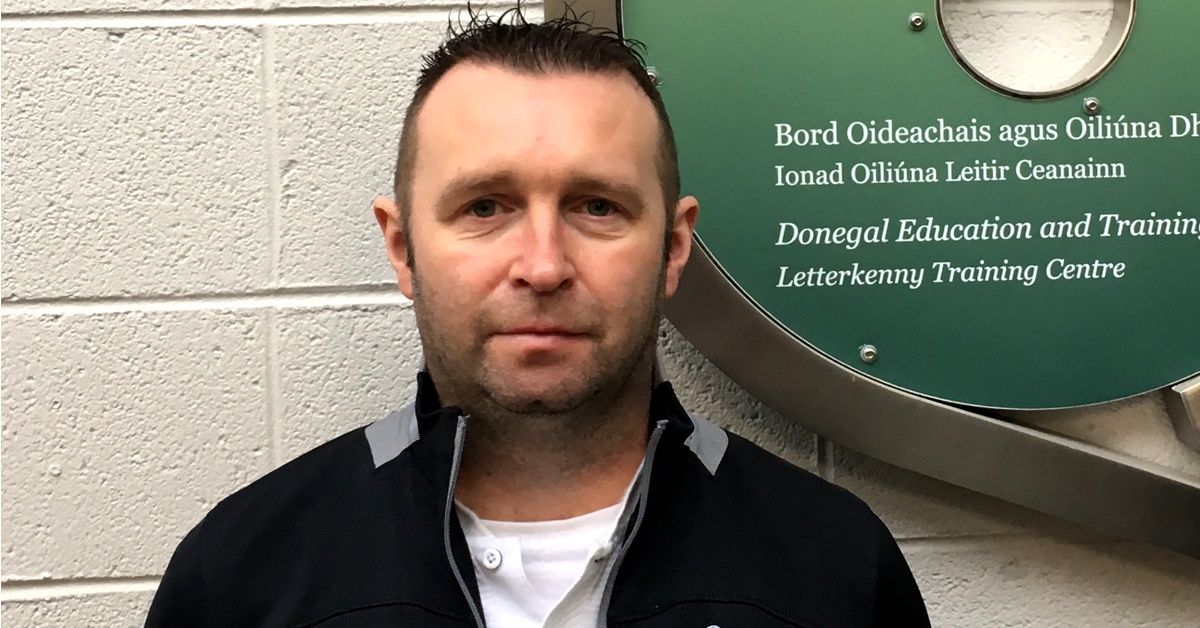 Piaras Buchanan had worked all his adult life, having left school at 16 without qualifications.

Just three years ago, he had a sense of unfulfillment which led him to take a new path with Donegal ETB in search of a career.

Now, the Donegal man is entering 2019 with a new job at Pramerica, a new skill set in multimedia and Automated Software Testing and a new outlook on goals and self-belief. 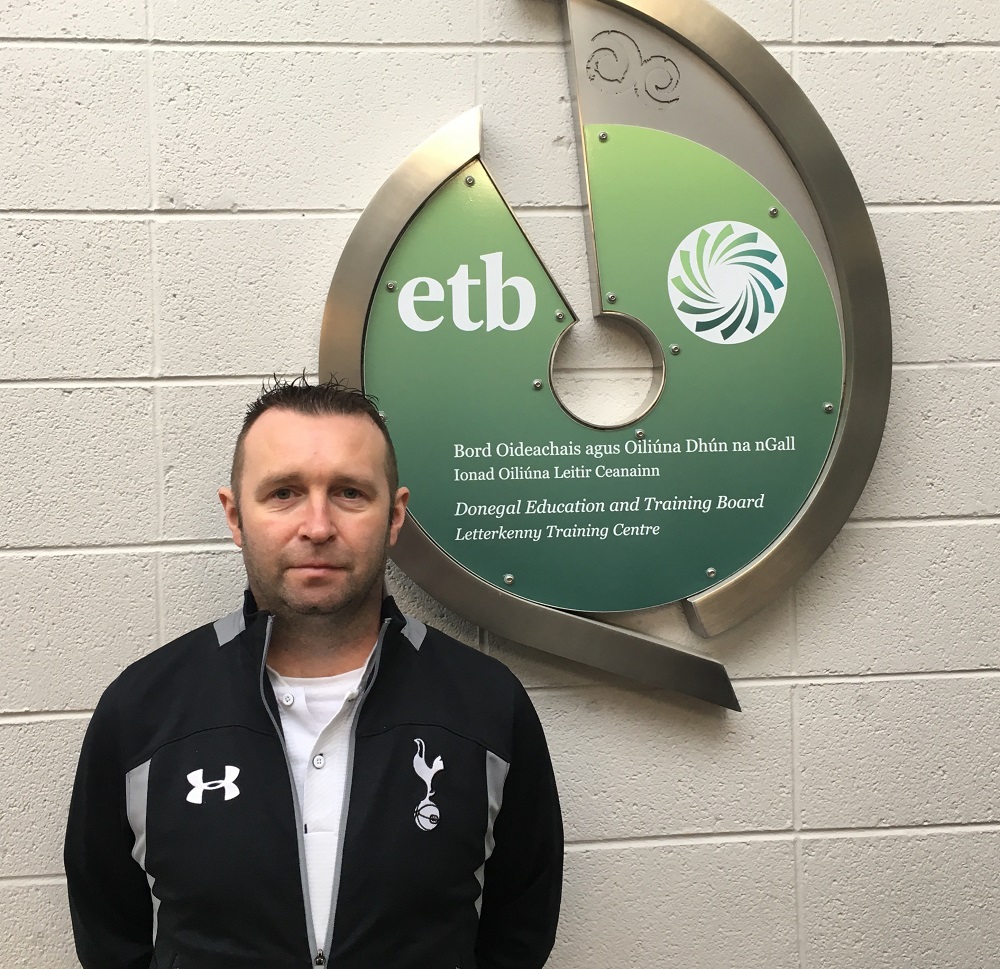 Piaras had been working for the past 20 years prior to returning to education. While he had no idea which direction he wanted to go, he knew he wanted to upskill, change his career and find a job he would be good at and enjoy.

Piaras was advised to talk to Donegal ETB’s Further Education and Training (FET) Service. Their wide range of courses meant he was sure to find one that suited him. He was inspired to start a Multimedia course in August 2016.

He explained: “The decision to go back to education/training was a hard one. I was realistic enough to know it might be a couple of years to gain higher qualifications and enough experience before I would be job ready. But I finally came to the conclusion that I still had twenty plus years ahead of me and I would prefer to go through a couple years of training so that I could get a job that would fulfil me.”

Returning to education was a challenge, but Piaras soon found his feet with the help of ETB tutors.

“This was my first time in a learning environment since I was 16. I was encouraged to learn at my own pace, with modern technology allowing me to do so. I could take my time when I came across something that was difficult, likewise on easier sections I could fly through it,” Piaras said.

“I was learning in a group with a tutor, so that if I was stuck or unsure I could either ask one of the group or the tutor. The amount of satisfaction of passing the first module was immense.”

Piaras enjoyed learning so much during the multimedia course and soon decided to apply for the Software Developer course also with the ETB’s FET Service.

“I had to do an aptitude test and an interview to gain a place on the course. Both of these were extremely difficult and nerve-racking. However, this also prepared me for future job selection,” he said.

“I was successful in my application and started the Software Developer course in September 2016. The previous experience of the Multimedia course was vital because I had become used to the structure of how courses worked and to being self-motivated.”

The course was quite challenging for Piaras because there were subjects he had never heard of before. But with the help of the tutors as well as his class colleagues and with a lot of hard work, he finally began to feel comfortable in the subjects and in his own abilities and received his certificate.

Yet he found that without experience it was difficult to find employment. However, the ETB had just introduced a new Automated Software Testing traineeship in May 2018, which allocated more time in the workplace, which he decided to avail of it to gain the experience he needed.

Piaras took advantage of this new traineeship to gain workplace experience and improve his employability.

He immediately enjoyed the weekly combination of three days classroom learning and two days of work experience in Pramerica.

The tutors worked closely with his mentors at Pramerica and this allowed Piaras to put his knowledge to good use. The course, he said, “gave me confidence and a chance to show potential employers my skills and capabilities. I was given tasks to do, had to deliver presentations and attend meetings.”

Piaras work placement was a clear success, as it led to a contract offer with Pramerica and he started work before Christmas.

Piaras said he was pushed to his limits during his past two years of training and upskilling, but the time and effort were all worth it.

“They showed me that with hard work, support and self-belief I was able to reach my goal. Without the support, guidance and belief from the staff and tutors at the ETB, I would not have been able to pursue my dream, let alone fulfil it” – Piaras

Are you interested in following a similar path to Piaras?

Donegal ETB have a range of courses in Letterkenny, Gweedore and Buncrana and you can apply online today:

The specific skills and traineeship courses Piaras undertook were co-funded by the Government of Ireland and the European Social Fund as part of the ESF Programme for Employability, Inclusion and Learning (PEIL) 2014-2020.