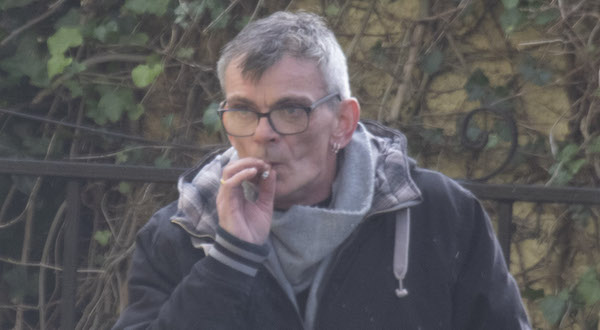 A student was sexually assaulted after losing his memory when he drank a can of Coke given to him by a man he got a lift home from a nightclub.

The victim, who cannot be identified, claimed he was waiting for a taxi in Co Donegal when he was approached by Neil McBride.

The man, who was a student at Letterkenny Institute of Technology, was waiting for a taxi after a disco in Gaoth Dobhair.

McBride, now aged 48, pulled up in his car and asked the student if he wanted a lift home and on the way gave him a bottle of water to drink.

However, the accused ended up at his house and made the excuse that he needed to get something inside.

He invited the student inside the house and gave him a can of Coke to drink.

The man said he became drowsy and went to the toilet where he phoned his mother telling her where he was.

The student said he lost his memory and the next thing he remembers is waking up in his boxer shorts with McBride fondling his penis and testicles.

McBride appeared at Letterkenny Circuit Court on one charge of sexual assault on October 7th, 2007 which he denied.

The court was told that after the incident, the student’s father and his brother arrived at McBride’s house and took him away.

The next day the student, who was aged 19 at the time of the assault, attended the local NowDoc service and said he suspected he had been raped.

The NowDoc service contacted Gardai and they arrived to interview the student who said he wanted to contact his parents first.

Retired Detective Garda Sgt Michael Carroll told the court that when he called the student’s house the following day, the boy’s father answered the phone.

Mr Carroll said the boy’s father told him that they would not be making any complaint and that he was not to phone the house again.

The victim later told the court that his father told him that if he made a complaint against McBride their family would be forced to leave the area.

However, a number of years later, on March 23rd, 2015, the former student made an official complaint and McBride was arrested.

During interview, McBride said it was the student who asked him for a lift.

When it was put to him that the victim claimed he was drugged, McBride replied “If there were drugs in his system he didn’t get them in my house.”

McBride claimed it was the student who wanted to stay in his house and that when he went to put a quilt over him in a bedroom, he accidentally hit him in the groin area.

He added that although he was gay he had no interest sexually in the student as he knew he was dating a girl locally.

After deliberating for just under four hours the jury found McBride guilty of the single charge of sexual assault.

Judge John Aylmer ordered a probation and psychiatric report on McBride and adjourned the case until the next sitting of the circuit court in April.

Man claimed he lost memory and was sexually assaulted after drinking Coke was last modified: February 13th, 2019 by Stephen Maguire