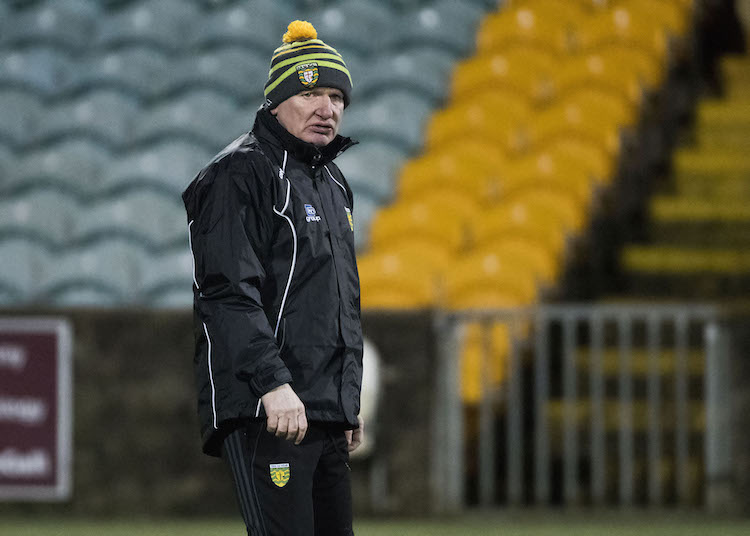 Declan Bonner says Donegal will have to show their ‘character’ as they face Fermanagh on Sunday in a top-of-the-table Division 2 clash.

Rory Gallagher’s Fermanagh are the only unbeaten side in the Division, with two draws and a win over Kildare.

Donegal suffered defeat to Tipperary after posting wins over Clare and Meath in the opening pair of games.

Now, the Tir Chonaill men welcome a familiar face in Gallagher, their former manager, and a Fermanagh side they toppled in last year’s Ulster final – and who they face in their opening Championship game of this year.

“It will be more difficult this week,” Bonner told Donegal Daily/Donegal Sport Hub.

“It’s a challenge, but these are the type of tests you want to see lads in, how they react and the character they show.

“We’ll need a fair degree of character to get the points at the weekend.”

In the 3-9 to 0-13 loss at Semple Stadium, Donegal led by three points at half-time and Jamie Brennan had a first-half penalty saved before the tide turned in the second.
Bonner said: “We were the architects of our downfall in Tipperary. We conceded two terrible goals and individual errors.

“When that happens, you’re not going to win matches.

“We have to be more clinical this week and cut out the individual errors.”