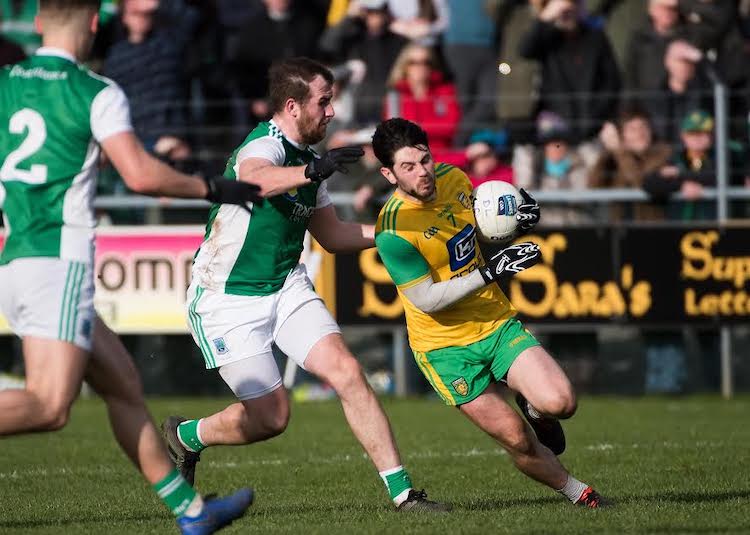 ‘Back to the drawing board’ as Bonner searches for clinical edge

As Rory Gallagher heading into the Letterkenny evening toasting ‘ferocious’ Fermanagh, Declan Bonner was returning to the drawing board.

Fermanagh beat Donegal in League football for the first time in 40 years, as they came from five down to win 0-13 to 0-10.

The last time the Erne beat Donegal in the League, in December 1979, Gallagher was just over a year old.

There was plenty of talk again about Donegal’s jinx at O’Donnell Park – where they have won now just twice in the last 15 attempts – but there was more than a venue to consider for Bonner.

“We need to be more clinical and when we get on top of teams we need to get more scores on the board,” the Donegal manager said afterwards.

“We weren’t clinical enough to get further in front and see off the game. That was disappointing. It’s back to the drawing board and it’s a big learning curve for these young lads.”

Former Donegal boss Gallagher was on the button when he talked of his side showing a playing with a ‘ferocious level, endeavour, hunger, heart and with a lot of quality in the second half.’

Donegal – who had Caolan McGonagle red-carded in the 18th minute – couldn’t match it. The sin-binning of Stephen McMenamin at a key period, in the 59th minute and when his side were still two-up, left Donegal playing with 13 for the closing stages.

Bonner, who felt that Padraig Hughes, the referee, ‘got it wrong’ with regard to the dismissal of McGonagle, said: “We still played well for 45 or 50 minutes of that game.

“We asked a lot of questions. In fairness, we should have been more ahead at half-time.

“We didn’t convert when we were in the ascendancy. It was very similar to the game in Tipperary.”

Then, as yesterday, Donegal unravelled. Fermanagh stayed in the game long enough to make Donegal blink and only hit the front for the first time in the 67th minute, thanks to the excellent Ciaran Corrigan.

Bonner said: “The lads had put in a big shift, but the legs coming off the bench didn’t materialise. There was no real impact.”

Leo McLoone came on to make his 100th Donegal appearance in the second half, but there was little in the way of an injection from Donegal’s replacements.

Michael Murphy looked for a time as if he might come in for an appearance. Sent to warm-up, there was a noticeable buzz around the place, but the Glenswilly man remained in his seat thereafter.

Bonner said: “There are a lot of young lads, but we need to get those lads into competing for places come the Championship.

“The Championship won’t be long coming around. They’re all coming and they’re not far away. It will take the Gaoth Dobhair lads slightly longer. We need those guys back.

“It’s very difficult to play against 14 men behind the ’45. In terms of getting shots away and getting the scores on the board in the first half, we asked a lot of questions.

“When you’re down one or down two, it’s very difficult. Fermanagh dug in, stayed in the game and went on to win the match.”