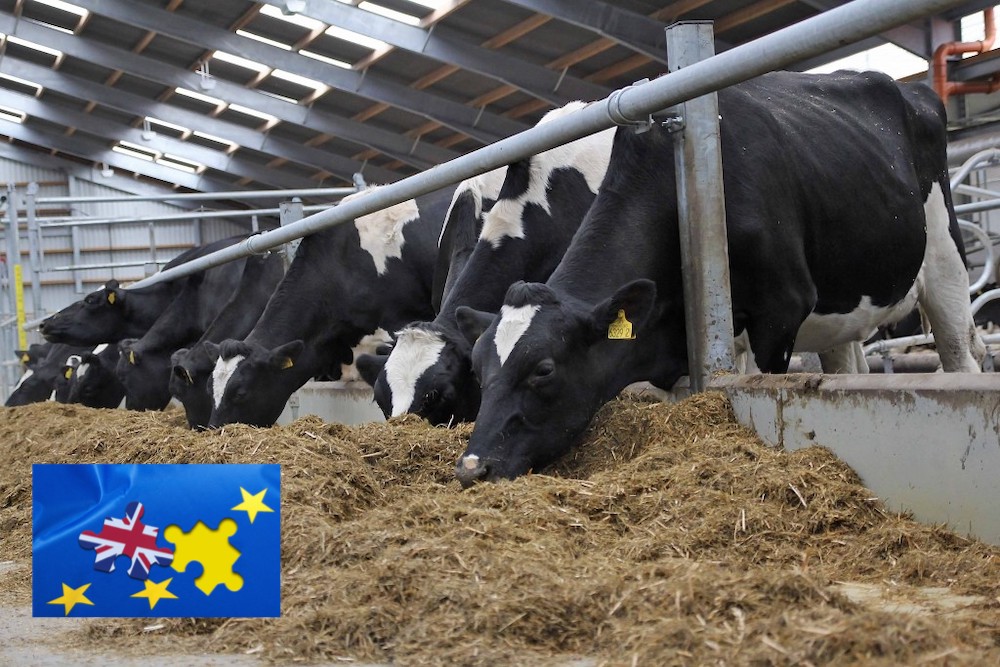 A Donegal dairy farmer insists that he is not afraid how Brexit might affect his business ahead of the UK’s scheduled departure on March 29.

Keith Roulston has been a dairy farmer for the last 40 years in Newtowncunningham, County Donegal, close to the Northern Ireland border.

And Roulston insists that he has no concerns about Brexit disrupting his current day-to-day operations.

Speaking to ThinkBusiness.ie, Roulston said he was ‘not one bit bothered by Brexit’ or its possible implications on his business.

“Of course the UK is a big market for butter and cheese, but our milk is internationally traded and we’re most interested in what happens in the GDT auction in New Zealand because that is what sets our price,” he said.

“Our milk goes to Lakeland Dairies in Co Cavan and they are trading with counties in North Africa, Asia and Central America, so the UK market isn’t going to be make or break for us.

“It may cause some inconvenience but I’m not worried in the slightest,” he added. “The price of milk is going to rise this year.

“Brexit is a storm in a teacup and it will blow over. It’s just a case of getting the right measures in place that will work.

“It will have a bigger impact on the beef trade because there is so much beef leaving here and going straight onto supermarket shelves in the UK.”

When discussing possible measures taken since the announcement of Brexit, Roulston said they have ‘carried on as normal’.

‘Brexit is a storm in a teacup and it will blow over’ – Donegal farmer was last modified: February 28th, 2019 by Stephen Maguire
FacebookTweetLinkedInPrint
Tags:
dairy farmdairy farmingDonegal FarmingDonegal-Derry BorderfarmingNewtoncunningham