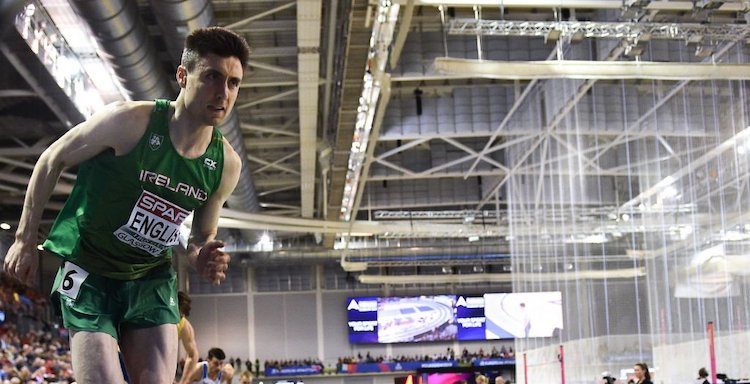 Mark English has told of his relief after winning an appeal and being added to tomorrow evening’s 800m final at the European Indoor Championships in Glasgow.

English was hampered by Great Britain’s Guy Learmonth on the third lap of four in his semi-final this evening.

As Learmonth attempted to barge past English, he tripped and was floored in front of the Donegalman, clearly impeding his chances.

English finished the semi-final in 1:50.70 and his dream of returning to a European final was shrouded in uncertainty – before a successful appeal saw him included in the list for the final.

“Thankfully, it worked out. I’m really happy about it and I’m excited to get out there tomorrow now and give it everything,” said English, the silver medallist at these Championships four years ago in Prague.

“It was so clear cut that I was impeded that I couldn’t see any other way other than me getting to the final.”

English cruised to victory in his heat on Friday evening, winning in 1:49.38, following on from his excellent recent form at home.
English said of the collision: “All I remember is him [Learmonth] pushing on the inside of me, tried to claim it was my fault, put his arms up in the air, then tripped up, and I fell over him.

“I know what I wanted to run for the first 100m, then come through 200, not overkill it. I knew there would be some movement, as there always is, so I don’t think staying back was inviting any more trouble.”