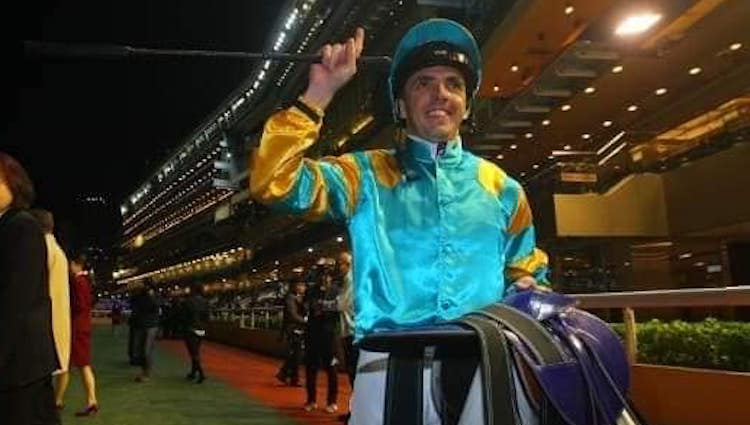 Harley took the 87/1 shot to a narrow win in the Class Three Fenwick Handicap at Happy Valley.

Harley and the seven-year-old High Five, trained by Tony Millard, had a short head to spare on Alcari in second.

“It’s a big relief tonight for sure, I didn’t want to go another 12 or 14 rides [without a winner],” Harley said afterwards.

Harley has been in Hong Kong since the start of last month and has had to bide a frustrating time before recording a first winner.

He said: “Even though I knew I wasn’t riding much, I didn’t go back into the weighing room thinking ‘I should have won on that’.

“It’s not a bad thing to have a few rides before it does happen, because if you have winners in your first few rides, they might think you’re lucky here, but then you might think it’s very easy and it’s definitely not easy here. But hopefully I’ll get more support going forward.”

Despite some early difficulties, Harley has been enjoying his time in Hong Kong.

He said: “It’s fantastic, I’ve enjoyed it ever since I landed. Everyone has been great to me.

It’s good to prove that I can ride a winner, and maybe more, in Hong Kong.

“High Five has been the best horse I’ve ridden by far since I’ve come here and he’s proved it thankfully by winning.

“He was an 80-1 shot and he was definitely at the top end of his handicap but he’s been in Class One company before and ran well, so it wasn’t a big shock to me after watching his replays.”