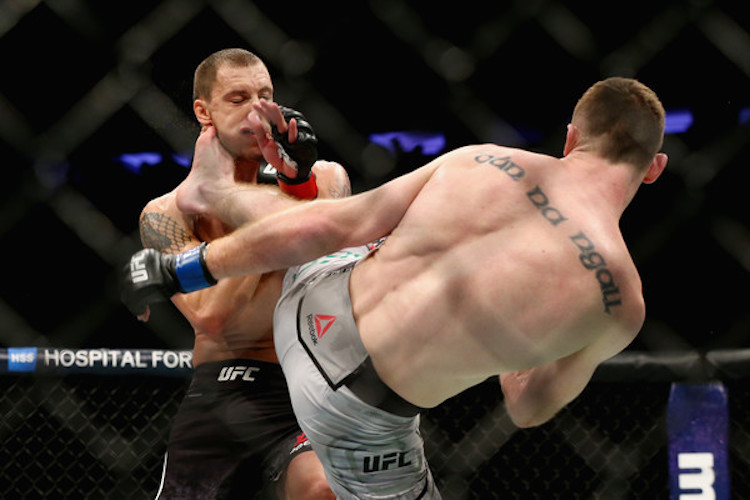 Joseph Duffy tells of his Rosses pride ahead of London bout

Although he spent a large portion of his time away from his roots, Joseph Duffy carries Donegal with him.

Duffy is now based in Canada, where he trains, and spent much of his life in the West town of Ebbw Vale.

But Duffy remains connected to Donegal and very much considers himself of Donegal.

Across his back, Duffy has ‘Dún na nGall’ tattooed and the tricolour is never far away.

His ring return, after 16 months out, takes place in London tomorrow night when he faces Diakiese.

Unlike many in his trade, Duffy hasn’t gone down the trash talking road.

“For me, maybe from the UFC’s perspective I’m not the kind of person that is going to try to sell a fight in that way,” Duffy said. 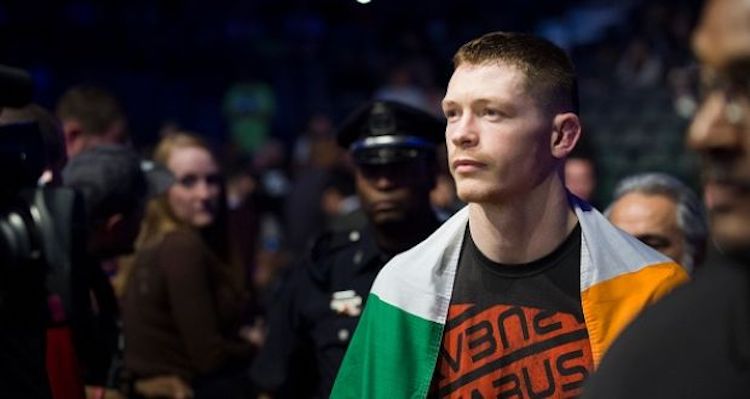 “I’ve stayed well away from all of that.

“When I do look back on it, when I have kids, when I have grandkids; I just want to say I did it my way. I want to be able to show things to my kids and say I was an example. That’s how I’m looking at it.”

Duffy had a stint as a pro boxer in 2013 and won all seven of his bouts.

As he gets ready to face Diakiese, Duffy said: “I’m very proud to be from Donegal. I just want to represent the Rosses well and all the ones that have supported me from day one.”

Diakiese has lost his last three bouts, while Duffy enters on the back of a defeat, to James Vick. 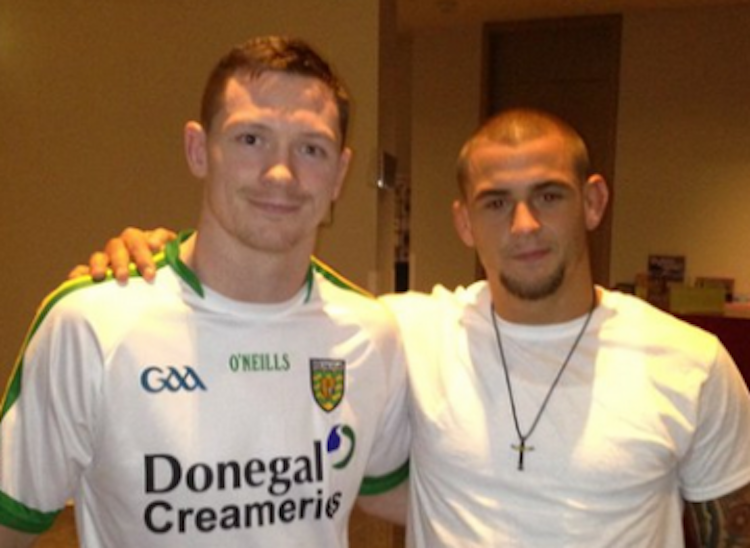 Duffy weighed in today at 155lbs and will hope to avoid a slip in what is a key fight for both men.

Diakiese said: “I’m just excited. I feel like it’s fired me up because I know what he brings to the table.”