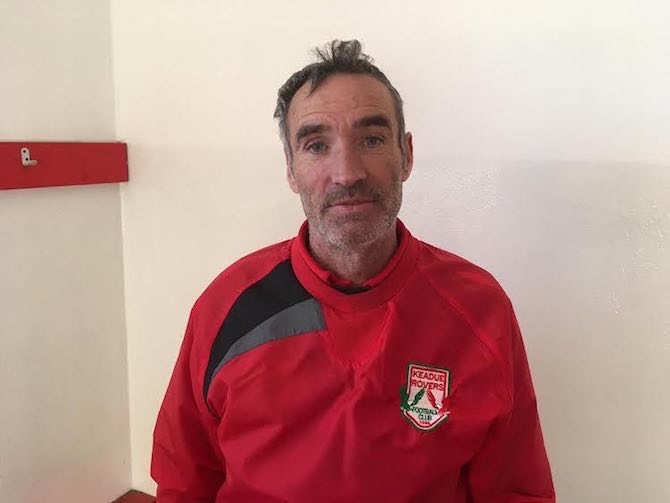 Keadue Rovers narrowly sealed a 2-1 victory over Ballybofey United on Saturday in Ballyare to seal a place in the Brian McCormick Cup final.

It took a late disputed goal by the lively Shaun “Yank ” Boyle to separate these teams in what was a keenly contested semi-final at Donegal League Headquarters.

Speaking to Donegal Sport Hubs’s Charlie Collins after the victory, Keadue Rovers manager Danny Doogan said it was a massive day for the club.

“It has been a while since we have been in a final,” he said. “This is something to look forward to at the end of the year and we’ve got a bit of work to do in the league now to keep our premier league status up.

“That was a vital victory on two fronts.”